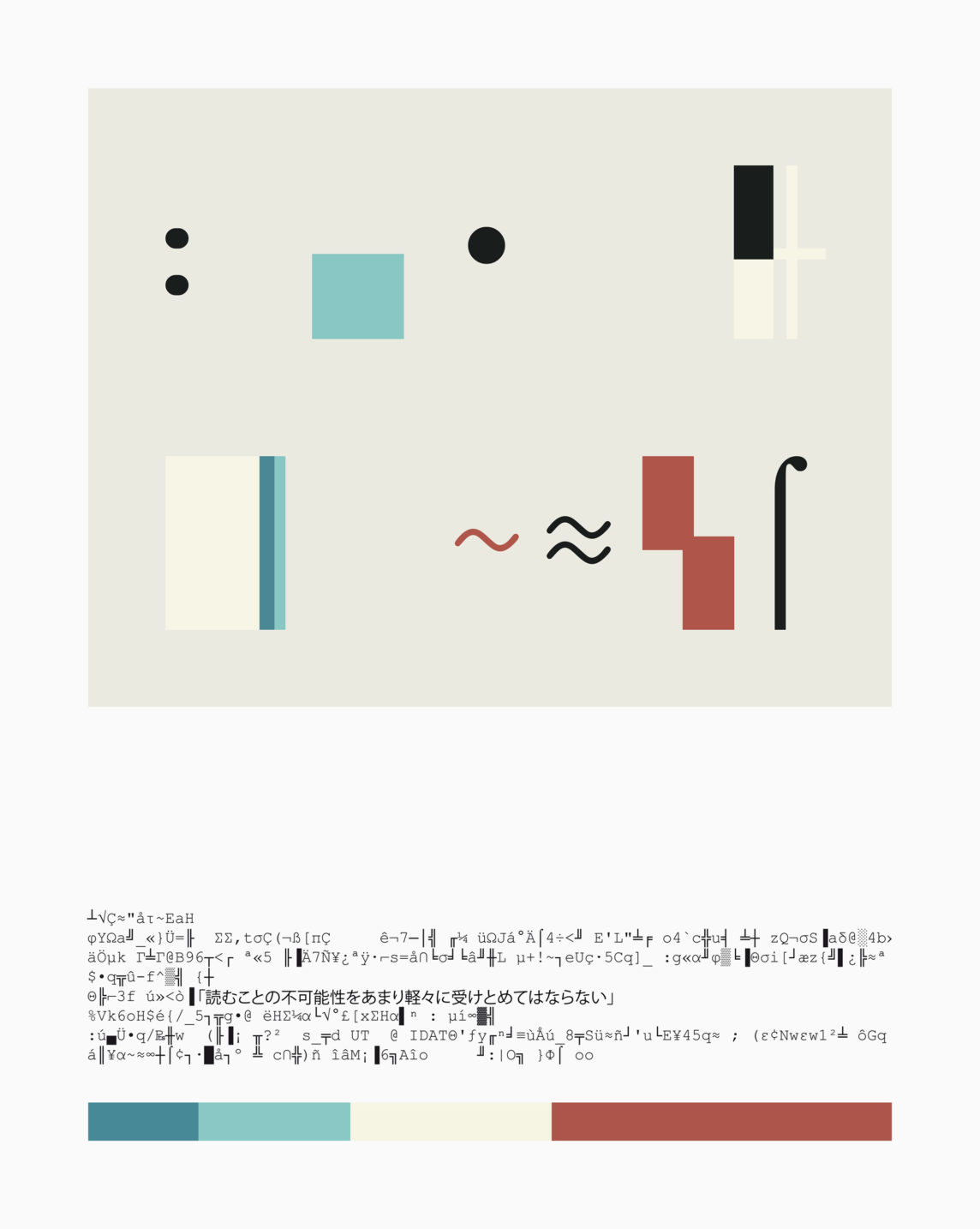 Interested in the relationship between image and text, and the certain loss present in every type of translation, not only linguistic ones, Almudena Lobera carries out a set of exercises considering the ASCII code, apparently indecipherable, as a translatable language. She started working in some sheets her printer had produced by mistake when trying to get some images. With the help of a native Japanese, she built a glossary of Japanese words that the Google translator camera inevitably translated trying to recognise the code as the English language. She studied writing techniques (Shodo), wood printing and the design of Japanese architecture (Kakemono technique and Tokonoma spaces) to make a representation with drawings, installations and videos that she relates to creation rituals and the reception of human language with the “languages” (behind the screen) used by technological devices.
Together with Ogami Press, a set of etchings coming from the manipulation of the digital code has been edited. These etchings, generated by artisanal techniques, give back the image to its most primitive meaning.