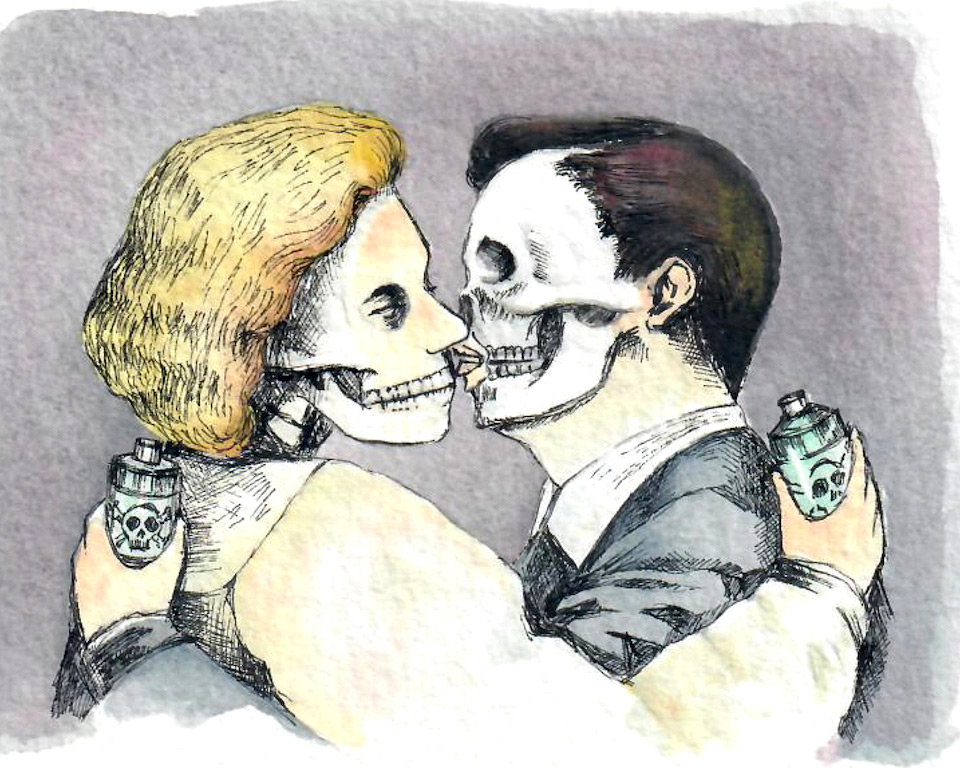 Awarded the Celeste Prize in 2013, Anna Turina started her artistic career at the Brera Fine Arts Academy in Milan in the late 1990s and at the same time began to exhibit in various art centres in both Italy and elsewhere. The drawings she presents in Drawing Room appear to be inspired by the iconography of the fashion magazines, the advertising, and the cinema of the mid-20th century, essentially by means of pin-ups and ironic representations of lovers with the faces of skulls. In the same way as the expressionist painter James Ensor stressed with his masks the most grotesque side of human beings, Anna Turina appears to point in the same direction in order to show beneath a filter of humour the standardised behaviour and the alienation of contemporary society.