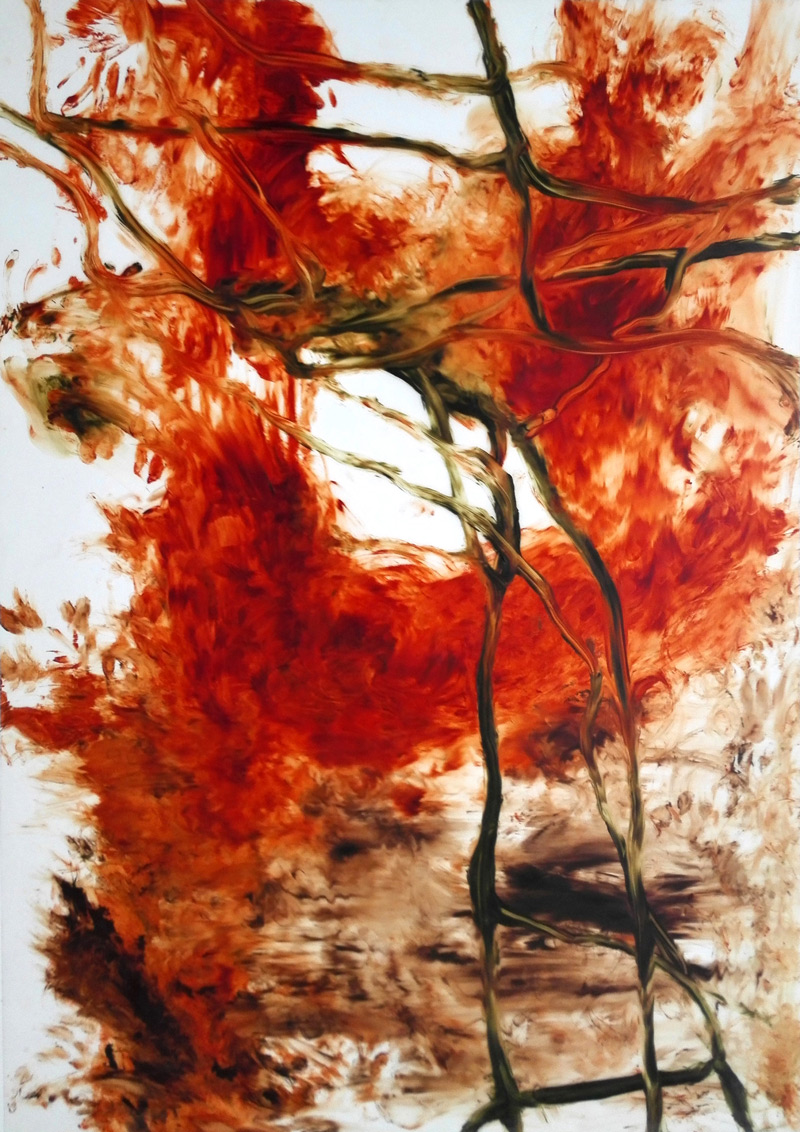 The winner of the 2016 Art and Patronage prize in the artist category and the 2014 Cultural Prize of the Region of Madrid, Carlos León, has had a multidisciplinary career dating back to the early 1970s. After abandoning his medical studies, as a result of his stay in Paris he became a member of the Supports-Surface group and subsequently introduced its approach into Spain. His work soon took on an international dimension as he was invited to participate in the Spanish Pavilion at the Biennial Exhibition of Venice in 1976. His subsequent residence in New York was to lead him to confront hispictorial identity with the abstract expressionism of the North American school. His entire work consists of research into what is abstract and its semantic possibilities as from different techniques, mediums, and supports.Colour, texture, and surface coexist in his compositions with a clearly expressionist body language that has allowed the continuous introduction of new aesthetic and conceptual formulations.