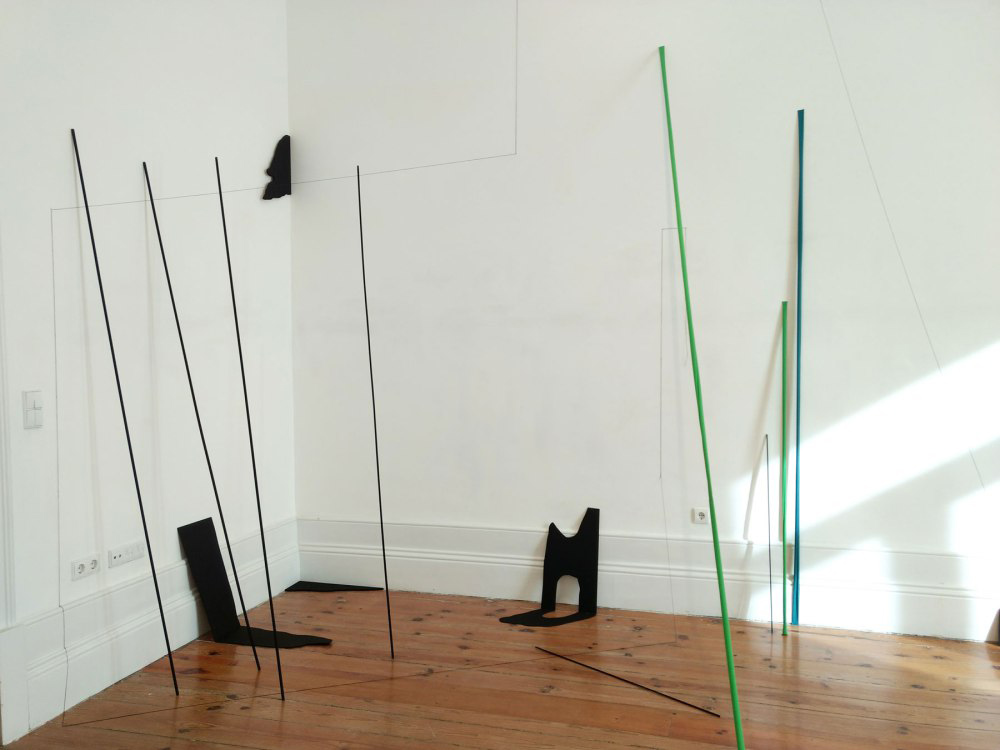 Catarina Leitão is an artist whose work is structured around drawing, sculpture, installation and books.
She has been developing series of fictional narratives that start from an analysis of our relationship with nature, a relationship that is culturally conditioned. Along with this aspect, she investigates the possibilities of design in three-dimensional space and the concept of portability.
She constructs the idea of ​​portable and mutant work: it can be either closed or open, at rest or acting in space when it is manipulated by a spectator.
The elements on which her work is based are sense, humor and contradiction.
Between prizes and residences, some highlights in her career are: The New York Foundation for the Arts Fellowship, 2009, Center for Book Arts, 2007, Triangle Arts, 2006, Sharpe Foundation, 2004, Lower Manhattan Cultural Council, 2003, Pollock-Krasner Foundation Grant, 2001 , Foundation Calouste Gulbenkian and Luso-Americana Foundation, 1997-1999.