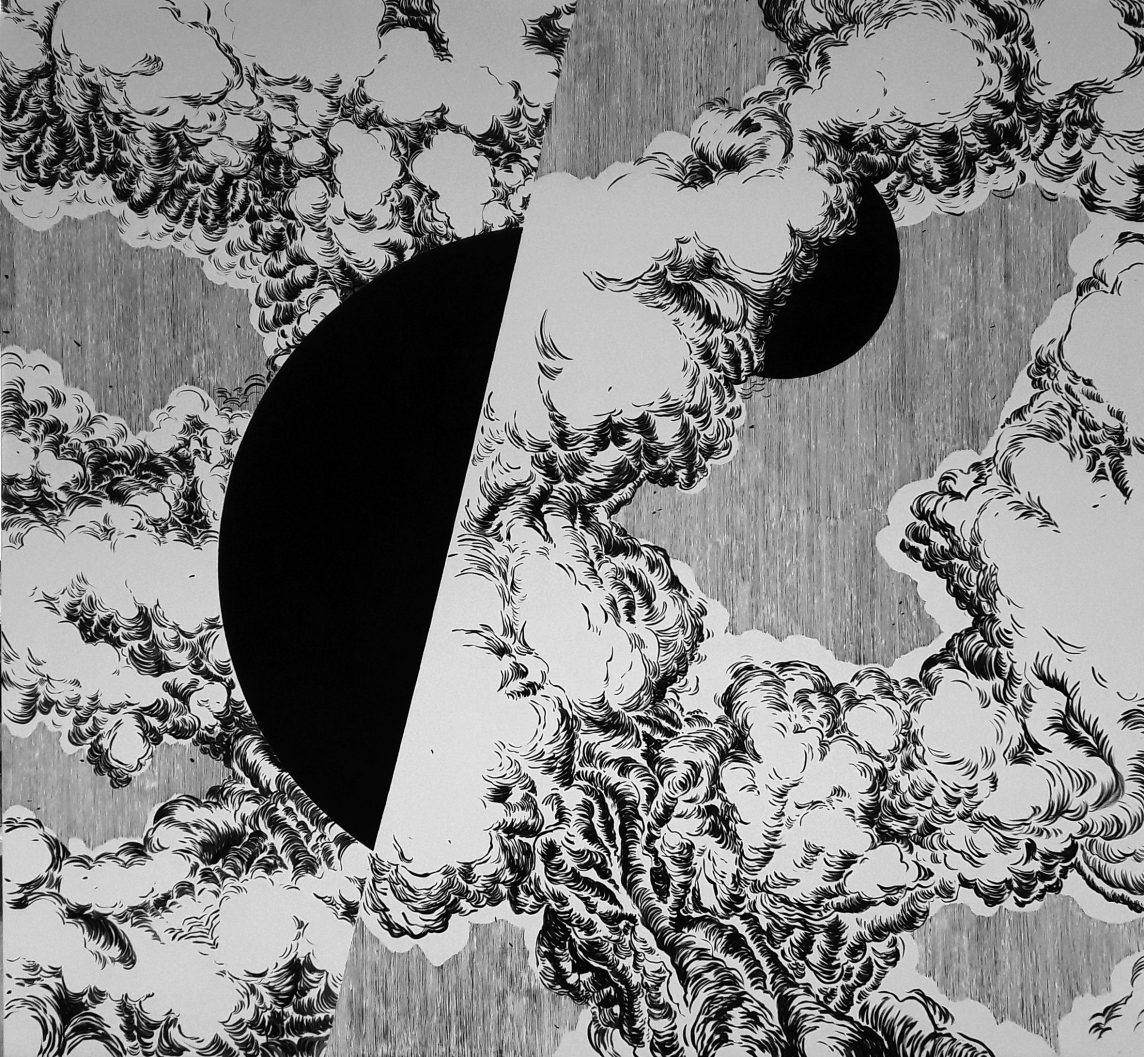 Cristina Ramírez investigates with her work the representation of a horror of cosmic roots through drawing as a fundamental tool. She addresses the idea of fear of supernatural forces that burst into the plane of ordinary existence. It represents the manifestation of the conflict that arises from the insertion of an inexplicable phenomenon, unique and exceptional in the plane of reality. This principle, one of the axes of her work, is also the essence of the fantastic, and the transgression of reality.
Her drawings are situated in a liminal space where nature and landscape appear as the only witnesses of the action of the invisible forces of cosmic horror in a non-anthropocentric universe. In these scenarios where human presence is reduced to vestiges, the material processes, taken to the extreme of strangeness, take main stage: ghostly effects without cause or causes of terrible effects.