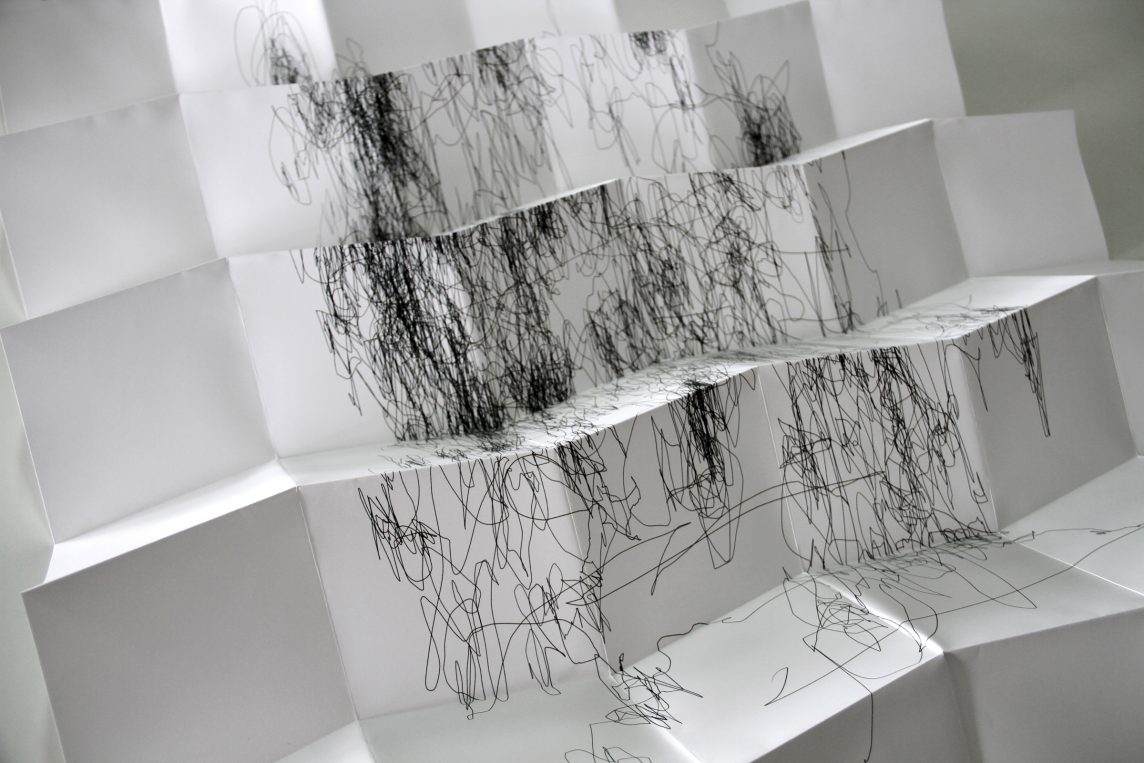 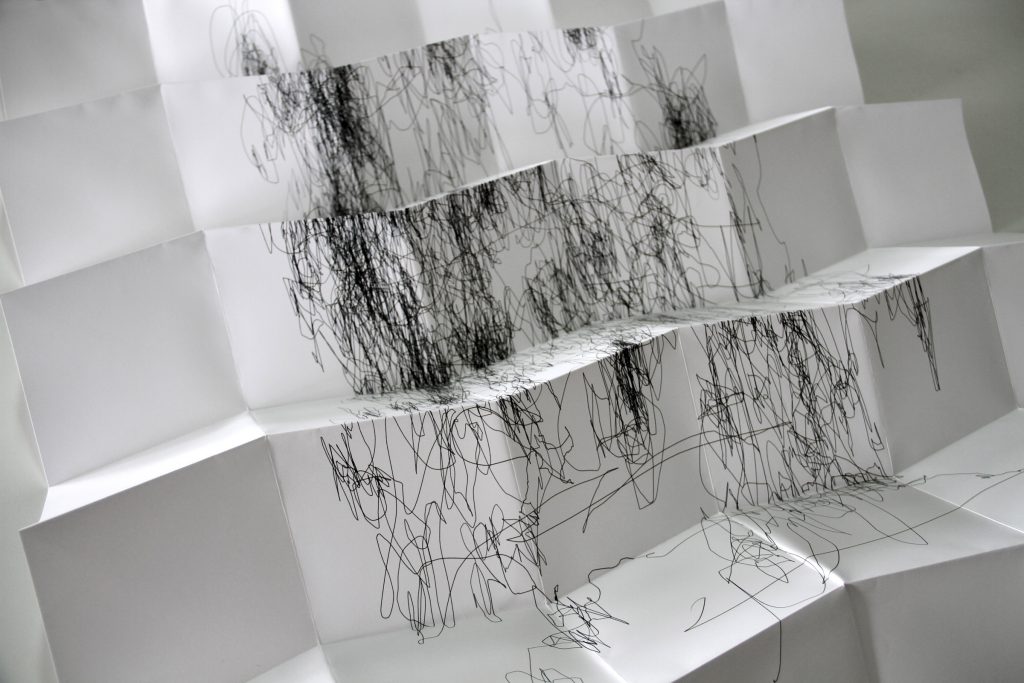 In the work of Damià Vives drawing is an essential tool. Always interpreted as a public register made up of lines that are created at random, the drawing stems from a real situation in which the artist is immersed.

The routes that Vives follows each day by public or private transport represent a source of the creation of images that he relates to the idea of performative cartography in his extensive series of drawings on paper Cartographies of interur- ban landscapes I (2011-14) that portray journeys on the underground, or in other works in which he has used various mediums such as Routines (2016) and Cartography of interurban routes I (2016).

Like a perfectly calibrated seismograph, the work of Damià Vives registers the small tremor and the great emotion that is behind movement, behind change. But it is as well to make better use of the image of the cardiogram, because Vives does not interfere in the life of others. His work has a very evident biographical component; it is capable of speaking out from the account of an individual life.