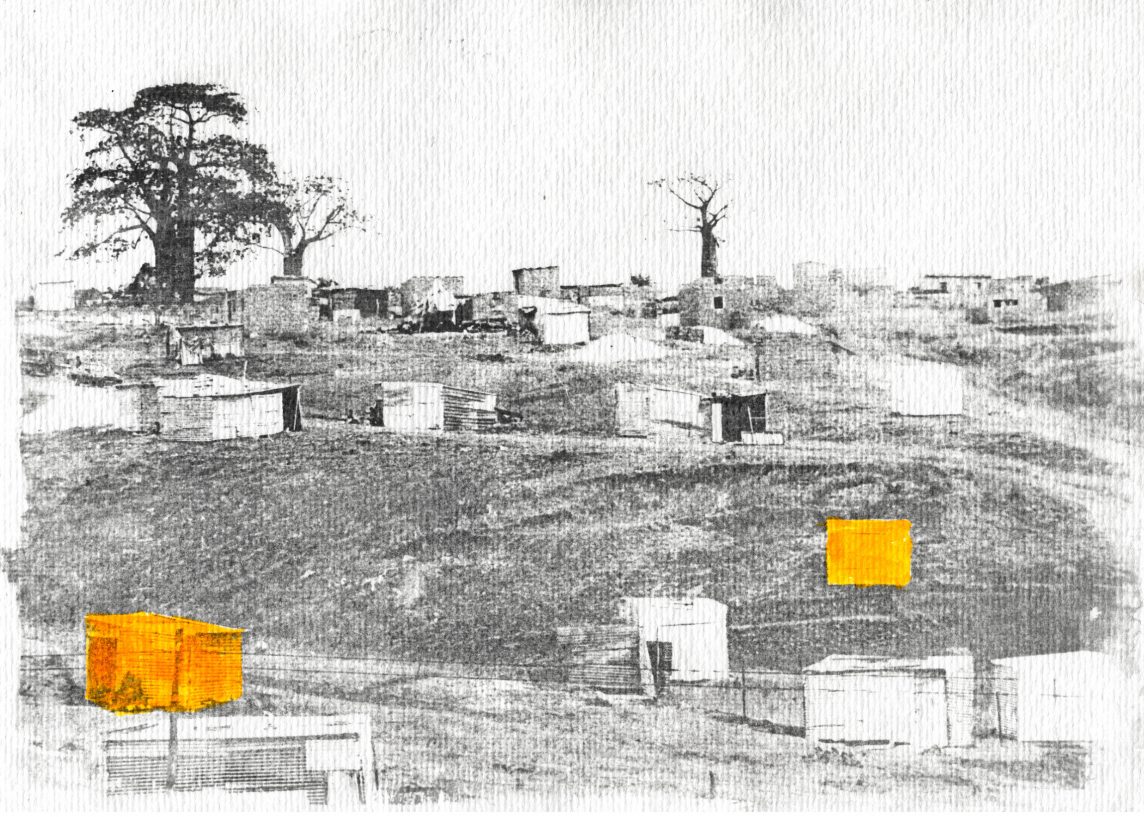 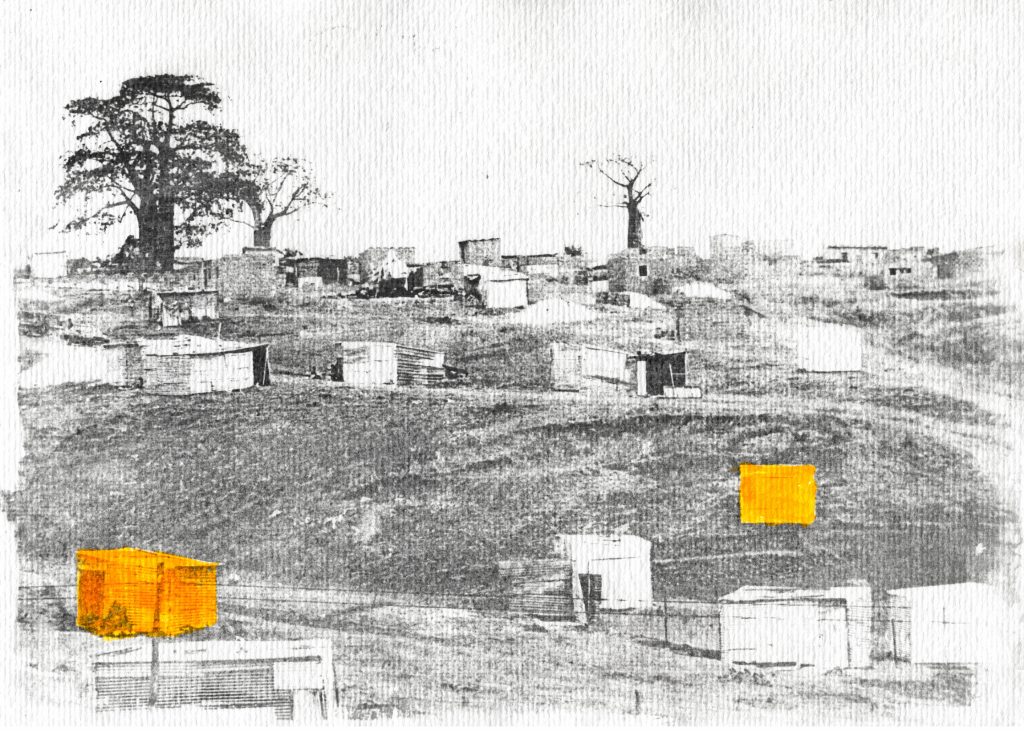 Presented by A01 GALLERY

In his photographic work, Délio Jasse interweaves found images with memories (family albums, passport pictures) in order to establish links between these photographs. It connects a “latent image” with its own memory and thus builds a new life for interlaced images. Sometimes he highlights some elements present in the photographs in powerful primary colors, modifying the photographic image with drawing, as it is also done when stamps are put on passport portraits.
The drawing transforms the image until it builds an exciting whole that acts as a wake-up call on the viewer so that they can question what kind of “realities” they are facing. His vision on African history emulsifies over his photographic supports until it becomes a universal question.
Délio Jasse was one of the three finalists in the BES Photo Prize (2014) and won the Iwalewa Art Award in 2015.