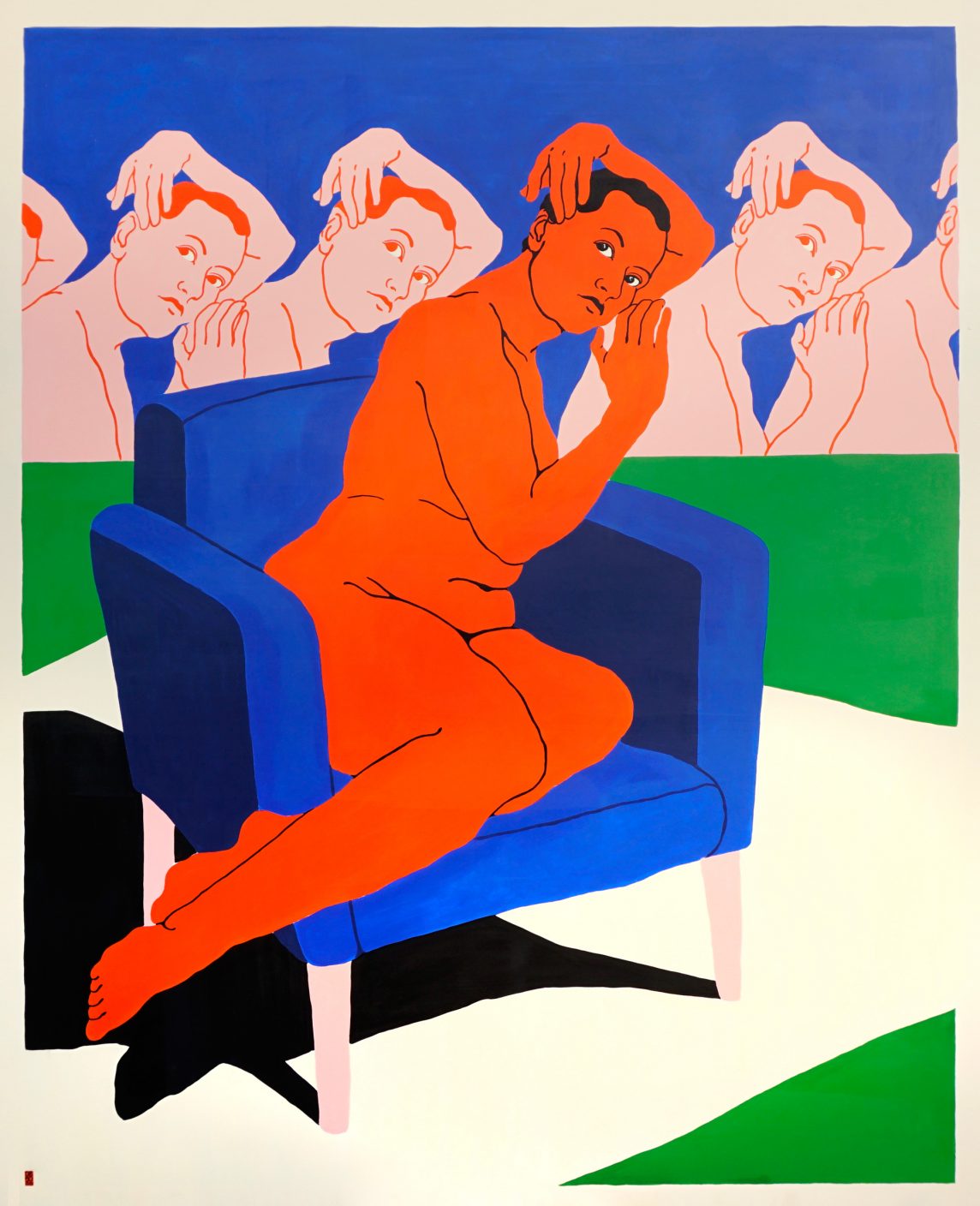 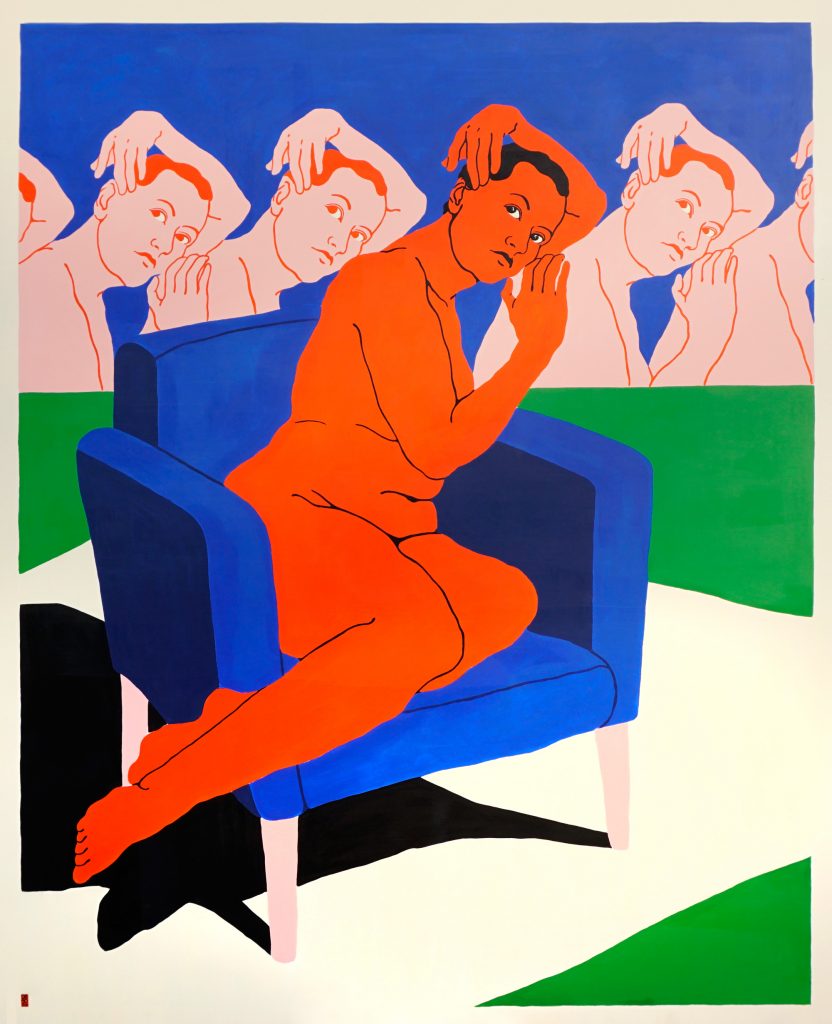 DESO, The Rest Of You, 2017. Courtesy Martina’s Gallery

Deso is a gentleman immigrant and a quarter of Israel’s art collective Broken Fingaz. From a soviet upbringing to a war zone in the middle east, the odds have been stacked against him, but he always keeps a smile and his passion for psychedelia, girls and a traditional approach to illustration. Working in in the studio located is right in the city’s grey area, the port the industrial leftovers and funny enough Haifa’s flea market. The market is very much represent the variety of the city’s population in terms of trippy and oldschool people. Traders, sailors, ex criminals, sculptors, fishermen…
Walking every day thru the market street it deeply inspires me the combination of vintage European furniture, old photos, carpets etc… and the society of the market people so called “down to earth” vibe of this place. Sketchy and romantic at the same time. The new series of paintings is very much inspired by the environment of the Haifa’s flea market area and a modern art simplicity. The psychedelic projection of the 19’s century illustration, art nouveau and simple forms of woman’s body along with a mix of a different folk subjects. Simple but rich of color technic shows the naïve beauty, admire the shape of woman’sbody as idolized form of a greater meaning. To be worshiped by it like in an old novel book.