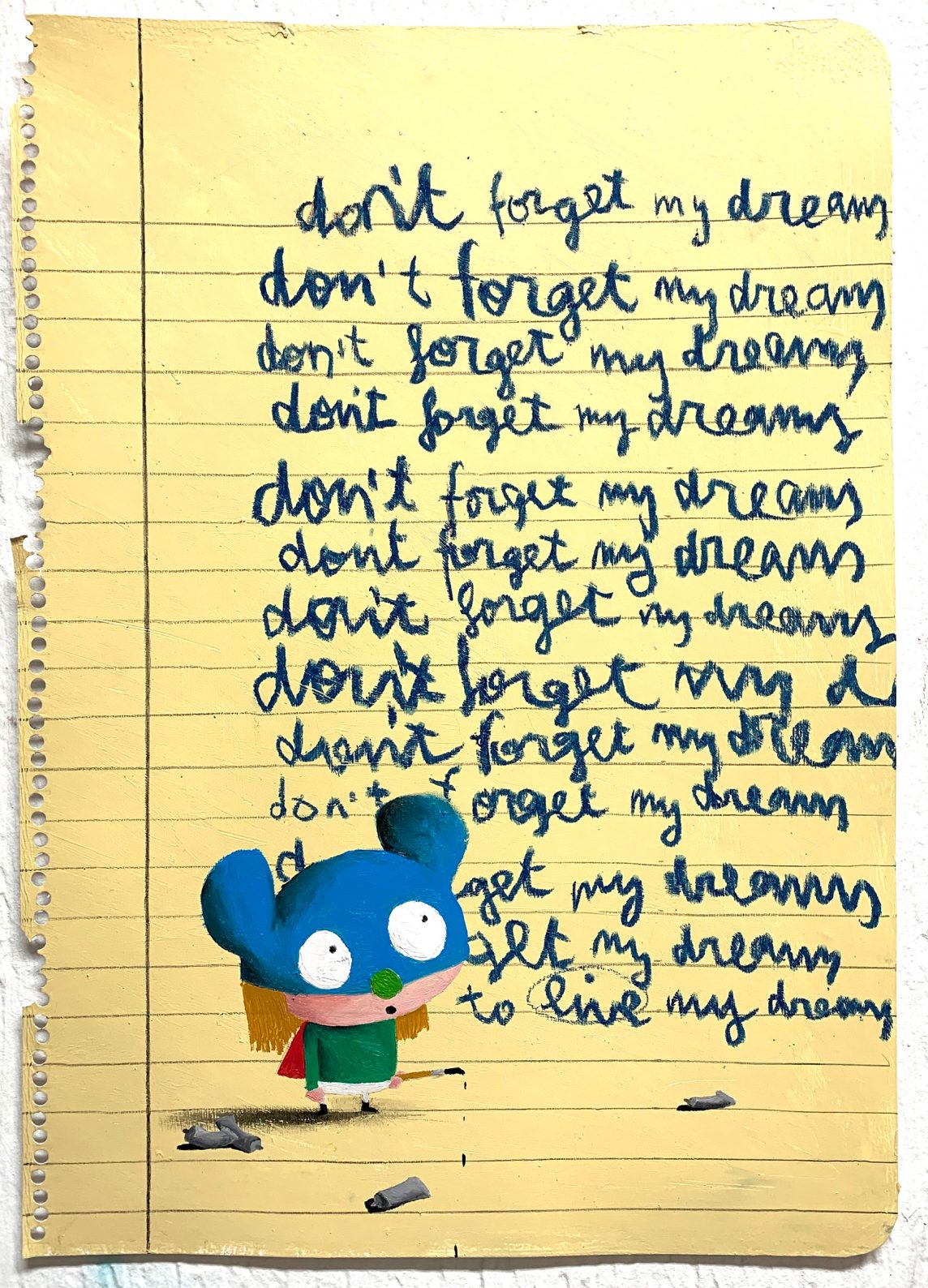 His source of inspiration has always been comics, street art and urban art. He is known worldwide for his characters, the Hero Animals and his colourful, expressive and lively style.
As if it were an explosion of ideas that travel through the mind to be collected in a work, color, characters, texts and objects seem to come off until they cover the entire space. The artist picks up the process of creating a work of art, from a small idea written down in a notebook to the final result. His work is conceived as a mural where the ideas that he has annotated in his notebook begin to navigate freely along the walls. The leaves of the notebook become the representation of the mind and creativity, so they are dynamic and revolted, until they find their place in the final work.