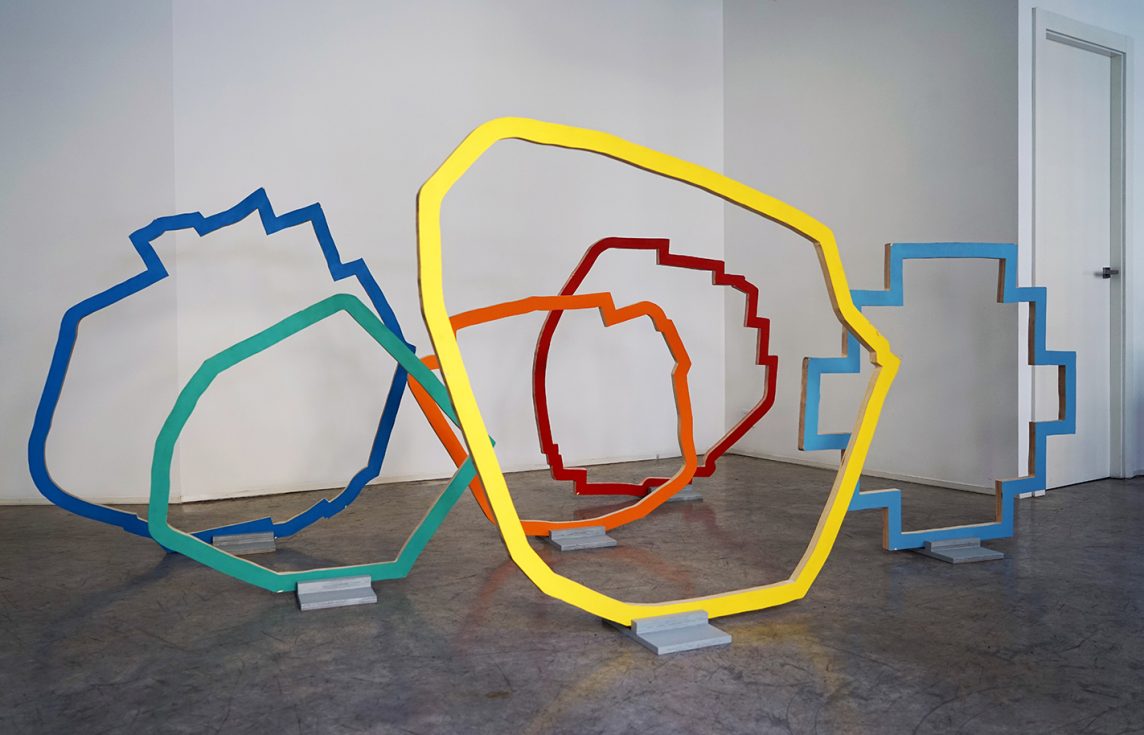 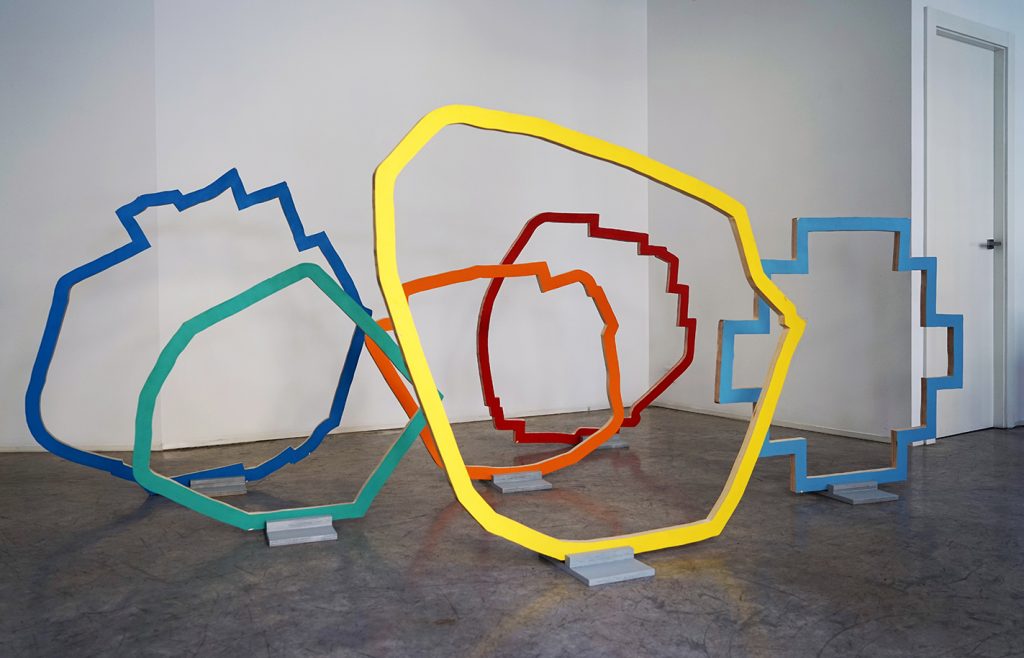 In the works of Eltono, the research on the line and the color is reflected in drawings on paper which, endowed with a spatial dimension, acquire three-dimensionality and are translated into sculptural objects or into the creation of automatic drawings that give prominence to the game and chance in the creative process.
An artist of the public space -as he defines himself- Eltono’s work focuses on the search for media and languages that not only act in the urban context, but reflect the experience lived between the artist and the city. The geometry and the flat color generate a very personal code loaded with symbologies close to calligraphy. The artist establishes systems by exploring the limits of a defined and restricted framework, transferring the line and the plane to the expanded field. The urban fabric is embodied in static and dynamic forms, reflecting a cyclical movement.