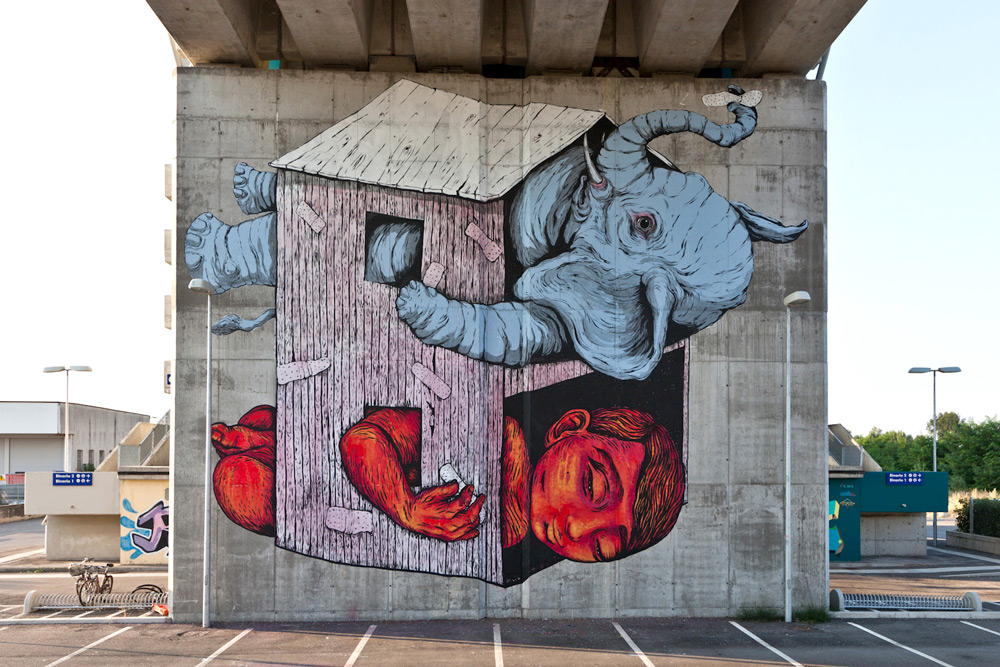 Ericailcane expresses himself through drawing, illustration, video, installation, graffiti, and street art. He belongs to a new generation of artists that have revolutionised the way of understanding and designing the public sphere. His works present with precision a whole repertoire of strange animals, zoomorphic beings, and characters out of fables that emulate human behaviour in what falls between a nightmare and a dream to introduce social or ecological criticism. His designs have made a place for the grotesque and the surreal so as to generate living allegories of our reality. Born in the Italian region of Veneto, Ericailcane made himself known as from 2000 in Bologna, where he trained at the Fine Arts Academy and became involved in manifestations of urban art together with the artist Blu. His murals and installations can be found in cities on several continents.