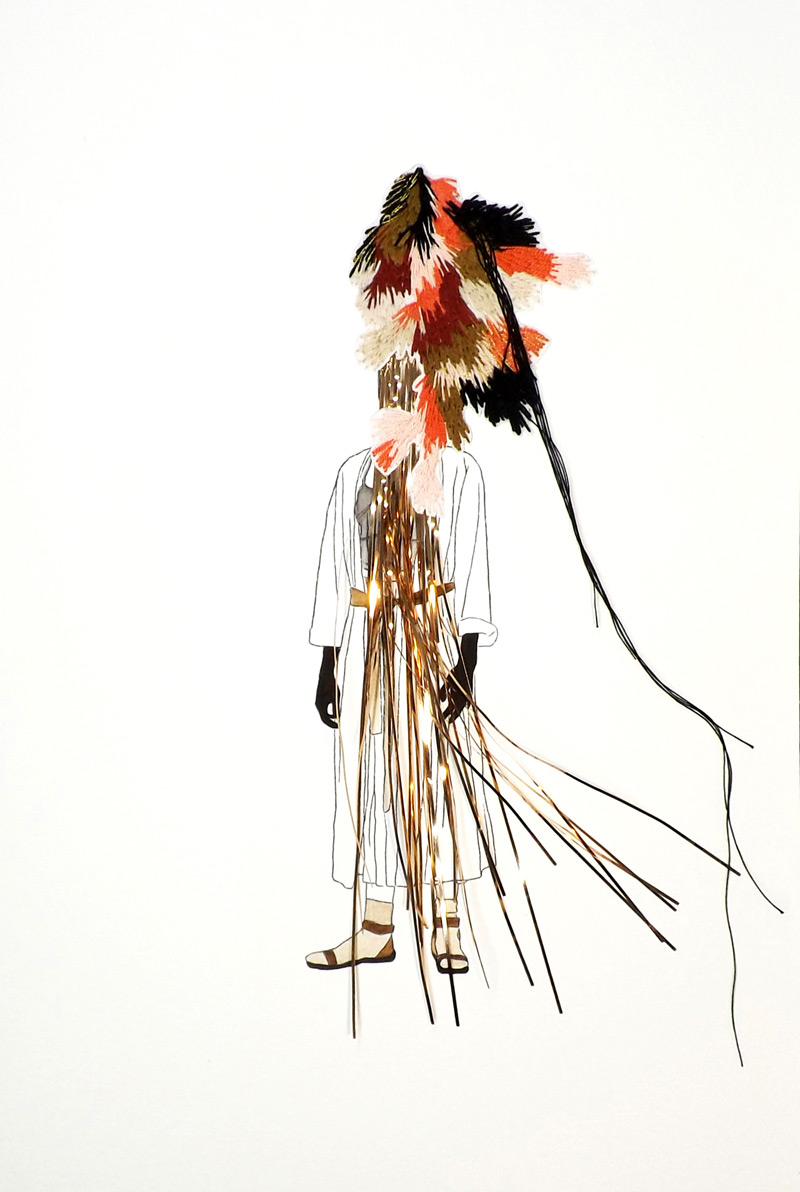 The verses of Emily Dickinson are the leitmotif of the recent work of Estefanía Martín Sáenz that has been collected under the title “1-600” in allusion to the anthology of the first six hundred poems of the writer from the United States. The young artist, who was awarded in 2015 the First DKV-MAKMA Drawing Prize for “Las Ausentes”, a work concentrating on the minor characters of classical stories. It again takes a closer look at the link between what is visual and what is literary using as a starting point the words of the poet from Amherst, one of many creators that history forgot and who was only recognised after her death. Drawing is merged with textiles as she sometimes uses embroidery or other materials such as glitter or coloured tinsel, which hide part of the faces of the figures represented and at the same time give a three-dimensional character to some of her compositions.