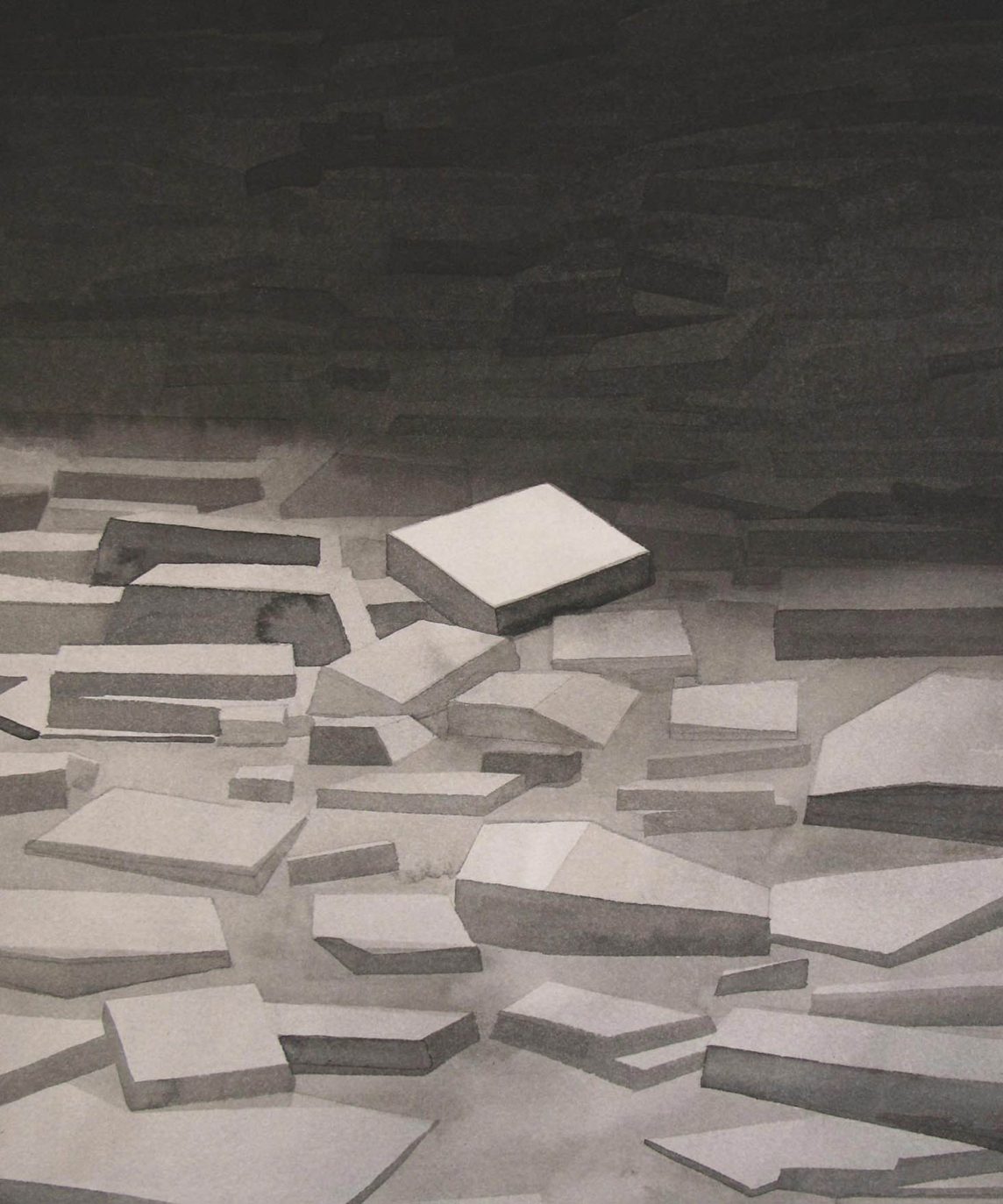 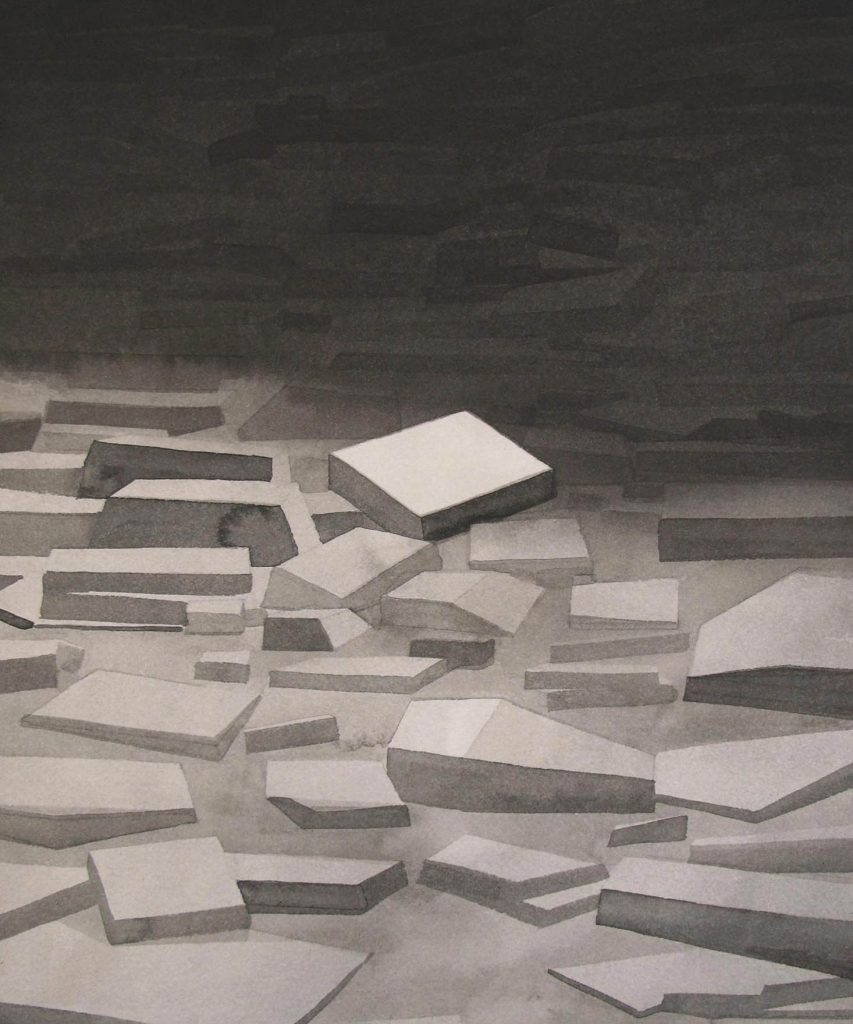 Fernando Martín Godoy draws piles of rubble that refer to total destruction; and the interiors of artists’ studios, where the effects and risks of the destruction that reduces everything to nothing are represented, to make them visible, in the loneliness of creation.
The compound arrangement of the papers displayed on the tables in the series Estudios derives, visually and conceptually, in the piles of rubble from the Desastres. Both series, which the artist organizes by numbering them clinically, I, II, III… and resolves them as variations of the same compositional scheme, allow him to describe what he sees without raising his voice, without denouncing, or redeeming. The rubble imposes itself on the ruins in these works: his Desastres are a “trench of forms”, using Klee’s words, where the remains lie waiting to be rescued from oblivion in the Estudios.