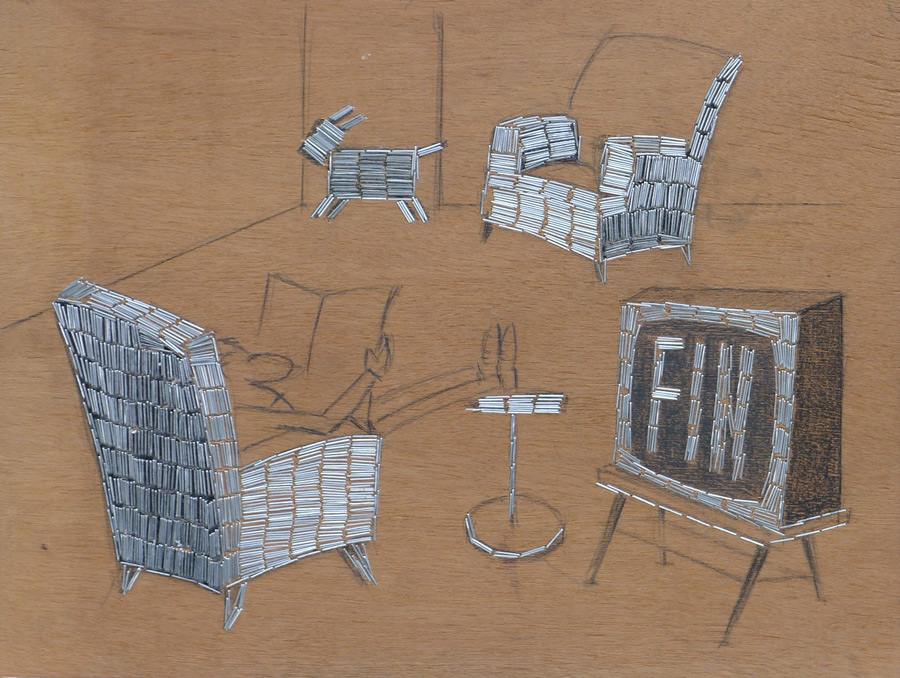 The whole of the work of the Extremadura artist Florentino Díaz provides a reflection on the house and our ways of inhabiting space. His career as an exhibitor, which dates from the late 1980s, is studded with multiple exhibitions and various awards, among which stand out the Altadis Plastic Arts prize of 2001. The origin of this series of drawings with staples, which was initiated in 2011, lies in ab Seguros Minerva photograph album from 1958 which was found in a Madrid fleamarket. The images portray various interior images to which metallic staples have been added with which the artist redraws certain areas or generates shapes that interact with the remainder of the spatial elements. On occasion he includes characters from comics to introduce a touch of humour that contrasts with the seriousness of the postwar atmosphere of the photographs.