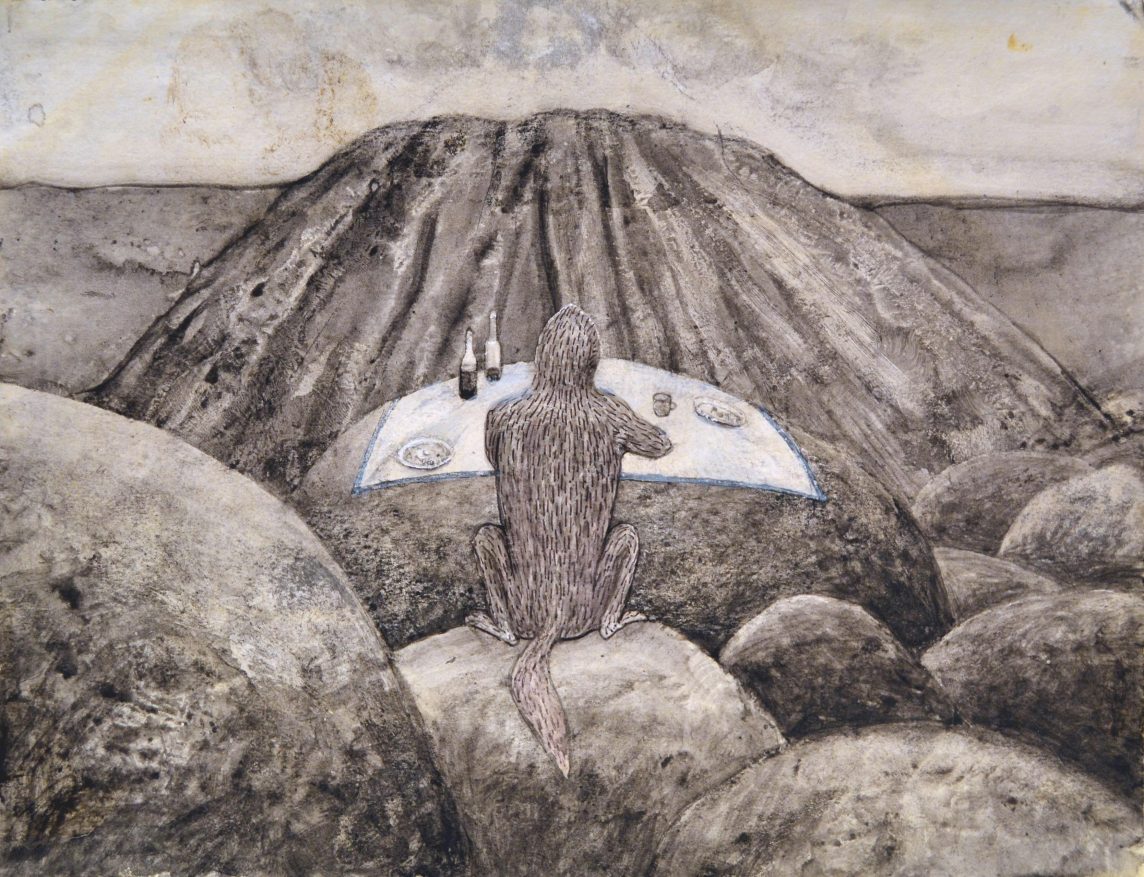 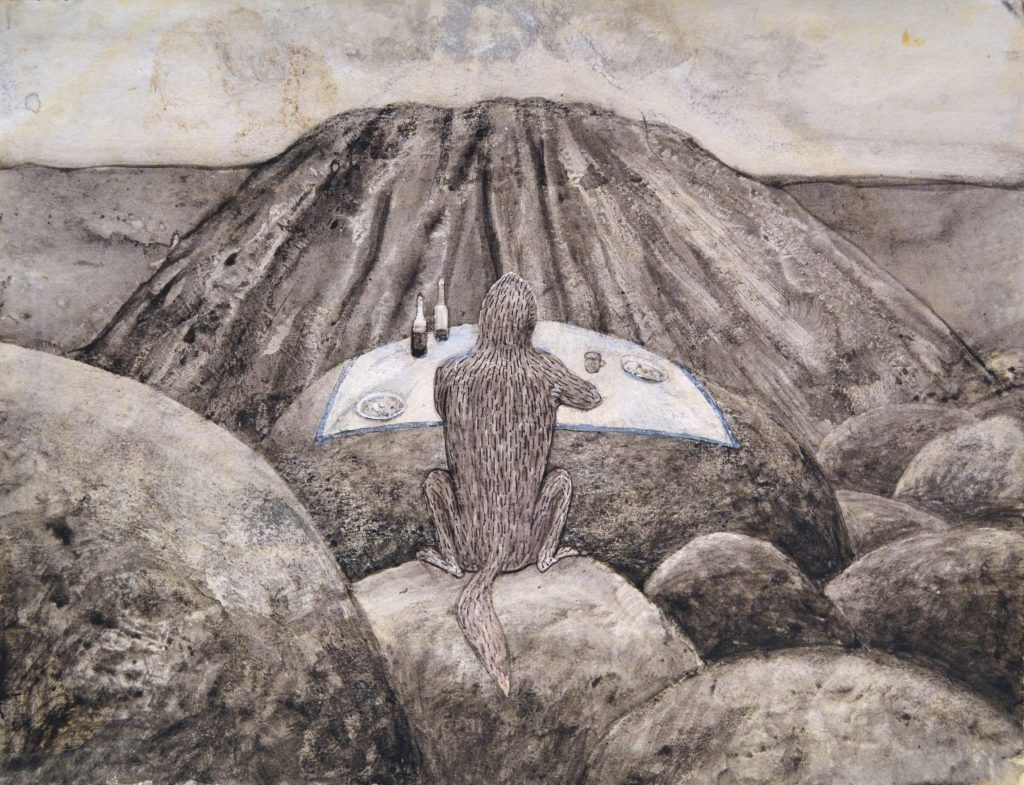 In Hans Lemmen’s work there are recognisable elements of the environment itself that become recurrent representations, acquiring significant content in his drawings, such as the representation of the traditional farm in the Belgian region of Hesbaye and the high-voltage towers. Lemmen’s drawings have a poetic, humorous component and the ability to put things into perspective. Some of them express threat, loneliness and friendship.
Hans Lemmen sees the human being as “a walking paradox”. This view is based on the fact that humans are governed by reason as well as instincts. He remains fascinated by the fact that an important part of humanity still obeys a mythical world, despite its rational capacities. Archaeology is a field that interests him because of his struggle to enter into the animal-human nature and find its origins.