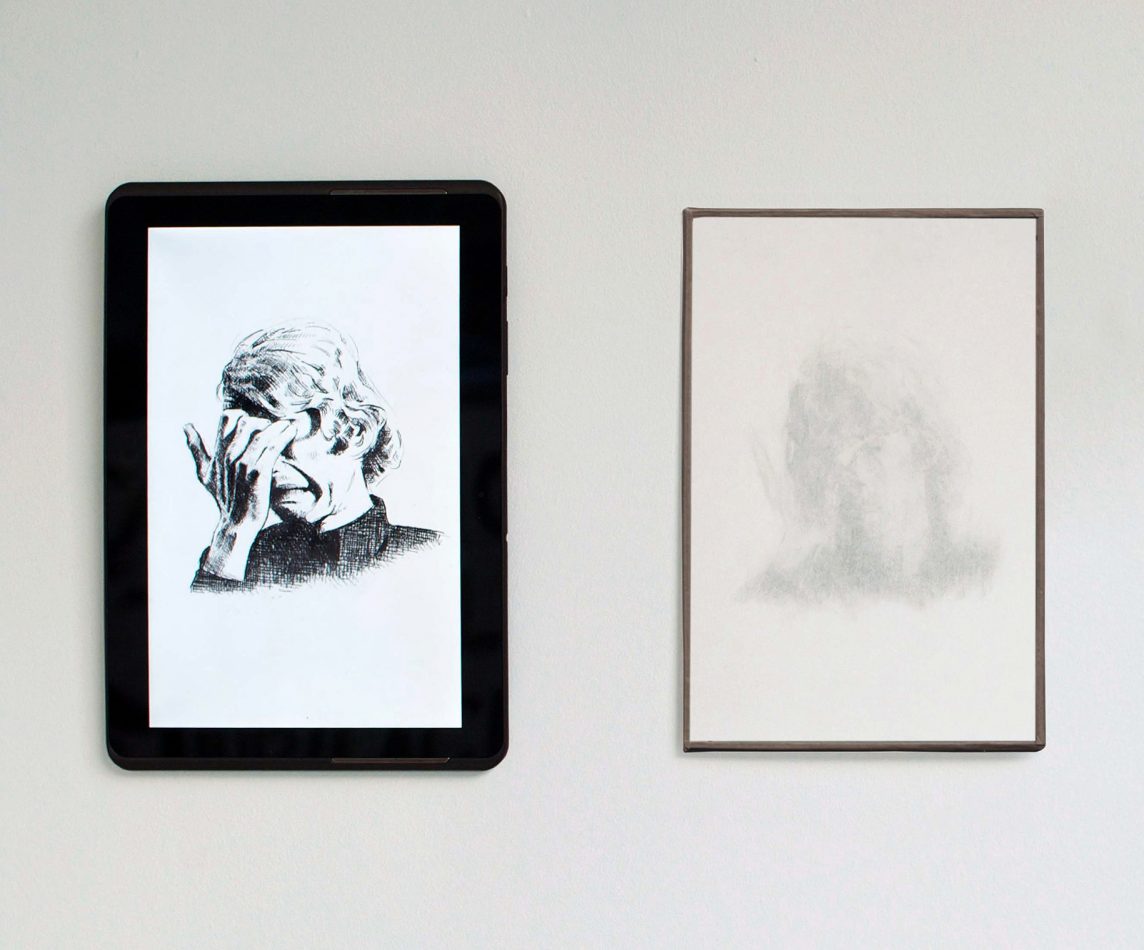 In his drawings, Javier Aquilué avoids blurring and staining so that his images resemble a written page, as he conceives each drawing as the story of his own appearance. A story that raises questions about the image as a narration that oscillates between that which is remembered and that which is forgotten, distorted or reinterpreted.
In his series of erasures, Aquilué makes drawings by scanning them in successive stages of the process or using tracing paper to make them disappear once finished. The original paper as residue on which the subtle wear has remained, question the relationship between original and copy, medium and image, action and product, drawing and writing, in works that move between Walter Benjamin’s essay and Beckett’s theatre of the absurd.