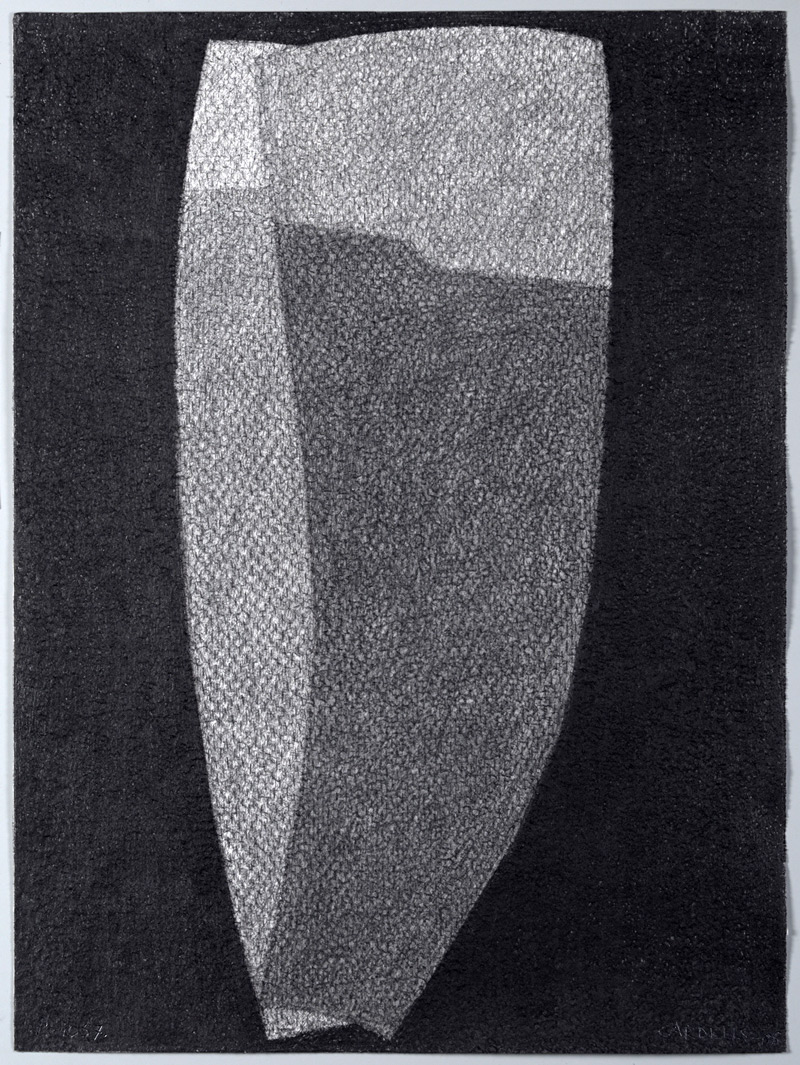 Between 1966 and 1976 Joan Cardells was one of the members of the Equipo Realidad together with Jorge Ballester, one of the essential voices of pop art in a Spanish context. At that time his painting questioned the political, social, economic, and cultural situation of a country marked by a dictatorship and the origins of consumerism by means of a critical and demythologising imagination. His work as a solo artist constitutes a celebration of drawing which is at times solidified in the form of sculptures that transfer his permanent desire for material and conceptual research. The exploration of the relationship between drawing and sculpture generally concentrates on the representation of different hollow container objects with which he expresses his reflections on emptiness. These graphite drawings amount to an exercise of constant synthesis and formal abstraction that becomes more and more concentrated in which the container or recipient suggested ends up transforming itself into its own content, freeing it of all referential symbols.