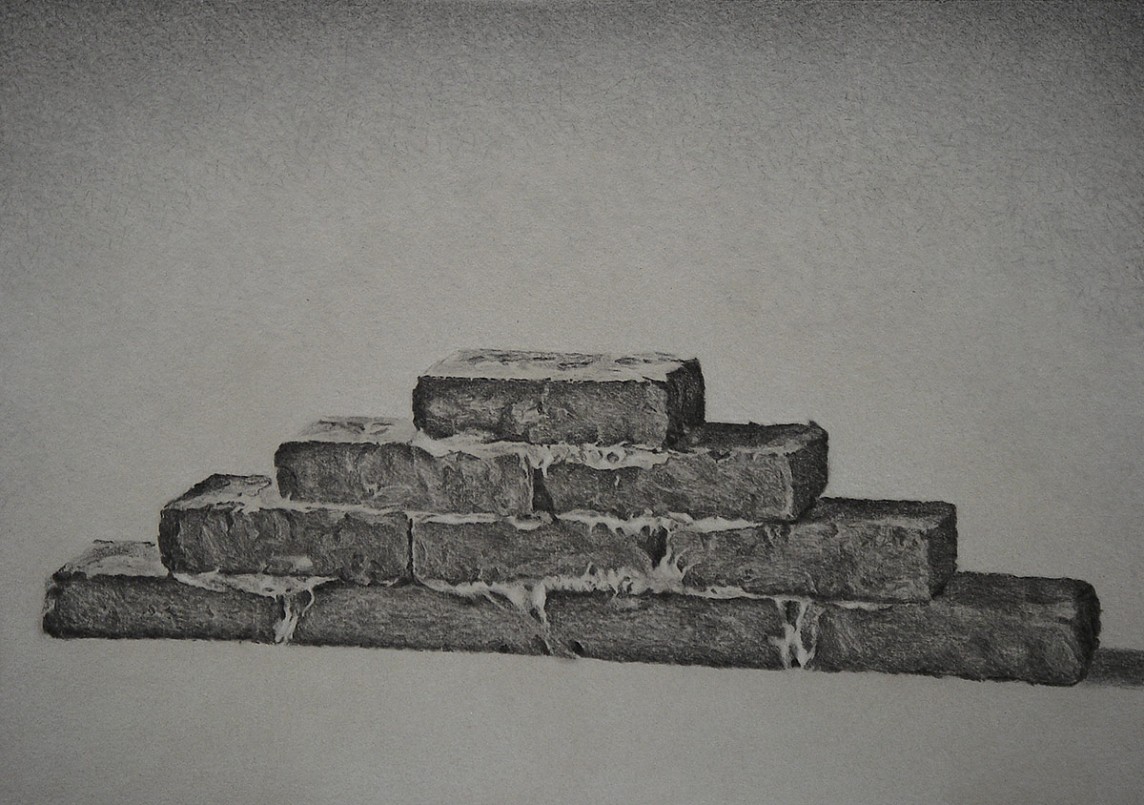 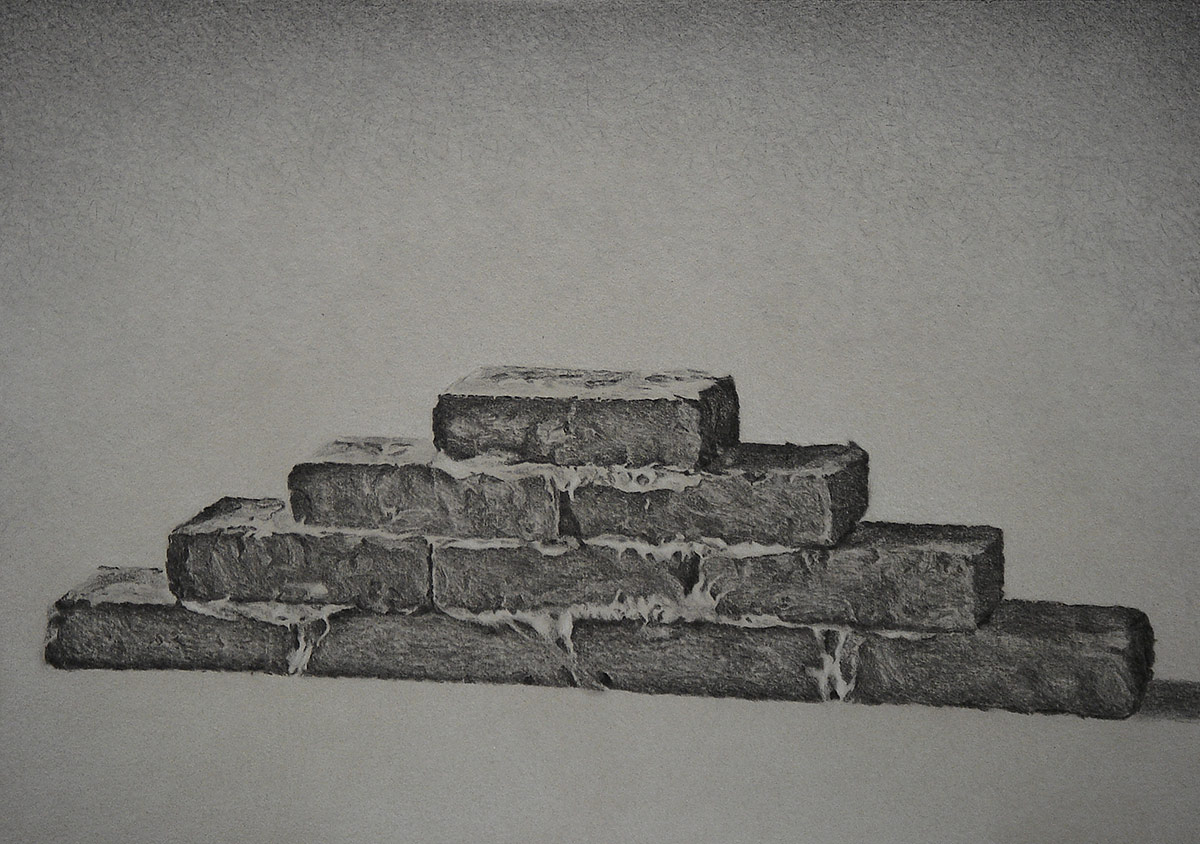 José Miguel Pereñíguez has a degree in Fine Arts with a specialty in painting, from the University of Seville. Throughout the last decade he has received different scholarships and mentions, such as the Generación de Caja Madrid project in2006, the Velázquez Painting Prize awarded by the Ministry of Culture in 2007 and the Lissone Prize in 2010, being considered as one of the emerging artists in Spain’s art scene. The drawings collected under the heading “Remains/Places”, made with chalk pencil and charcoal on cardboard, present different places that serve as context to life, either real or imagined. Although he has developed a remarkable activity as a painter and illustrator, J.M. Pereñíguez expresses himself fundamentally through drawing and sculpture, resorting to historical and cultural models that he reconstructs, reproduces, deforms, denies or celebrates through an incessant work in the workshop that forms the basis of his work.