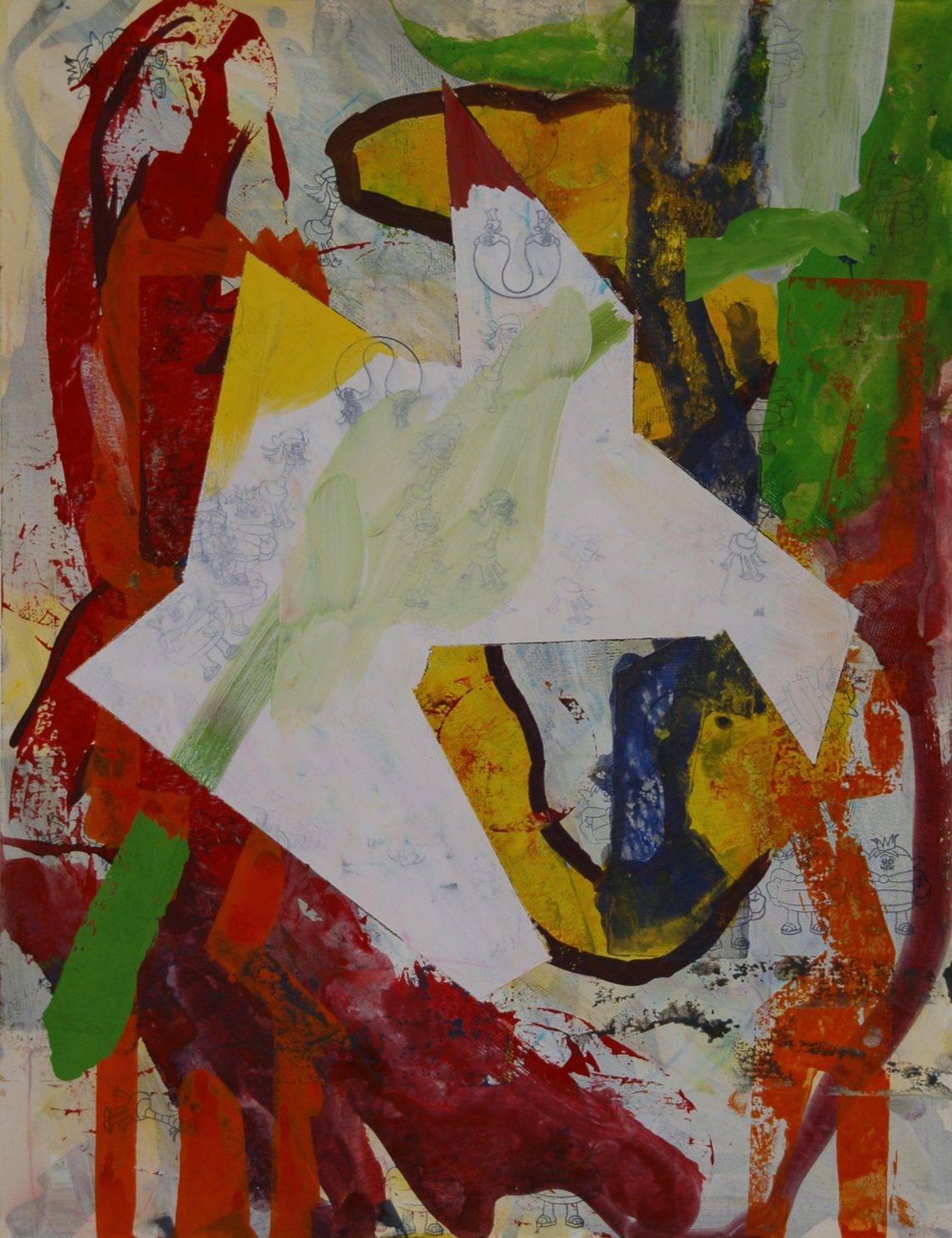 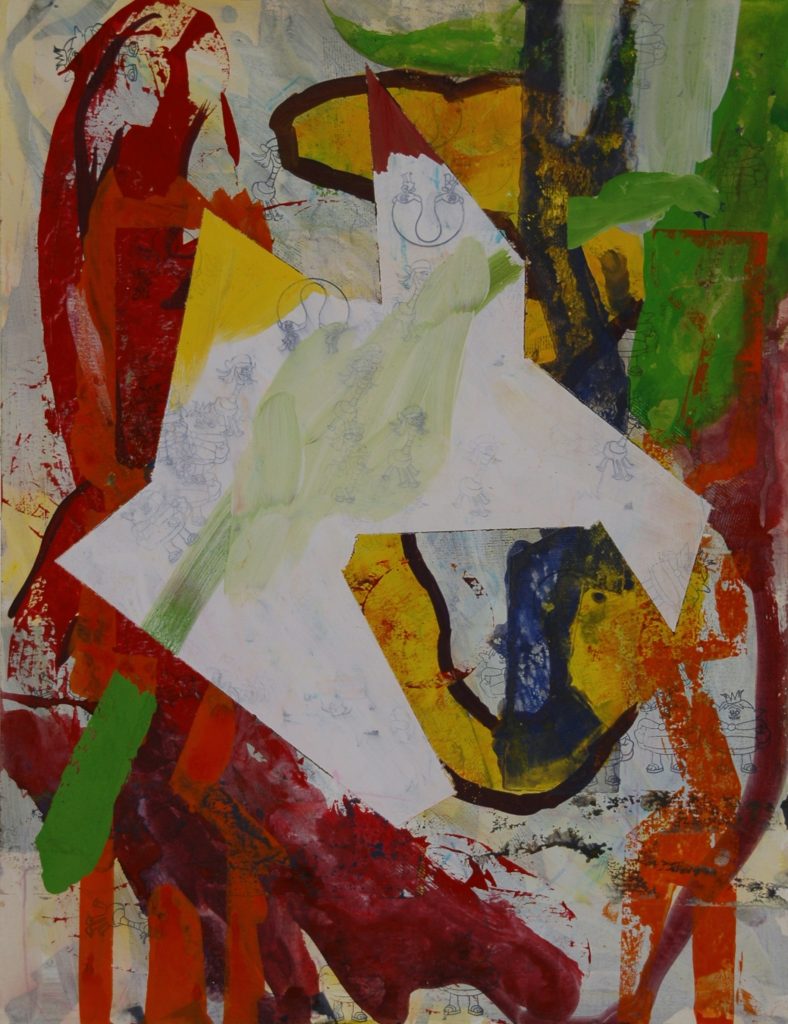 Lourenço de Castro’s work is constructed as a self-referential process, oriented towards obtaining visual signs resulting from the gesture of the subject who produces them. The way in which the images are constructed, placed in a superposition of layers and vestiges, points to the possibility that several times coexisted in the same place. The instantaneous constitution of a visual system on the pictorial surface makes visible the paradox existing between the fixed instant generated by the image and the apparently transitory moment from which the image becomes significant.
In Troll, his most recent series, the characteristic chromatic domain of Lourenço de Castro’s work creates, by superposition and transparency, a manuscript that results in a game where the artist’s gestures are confronted with pre-formatted signs of heroes and popular figures of children’s stories.