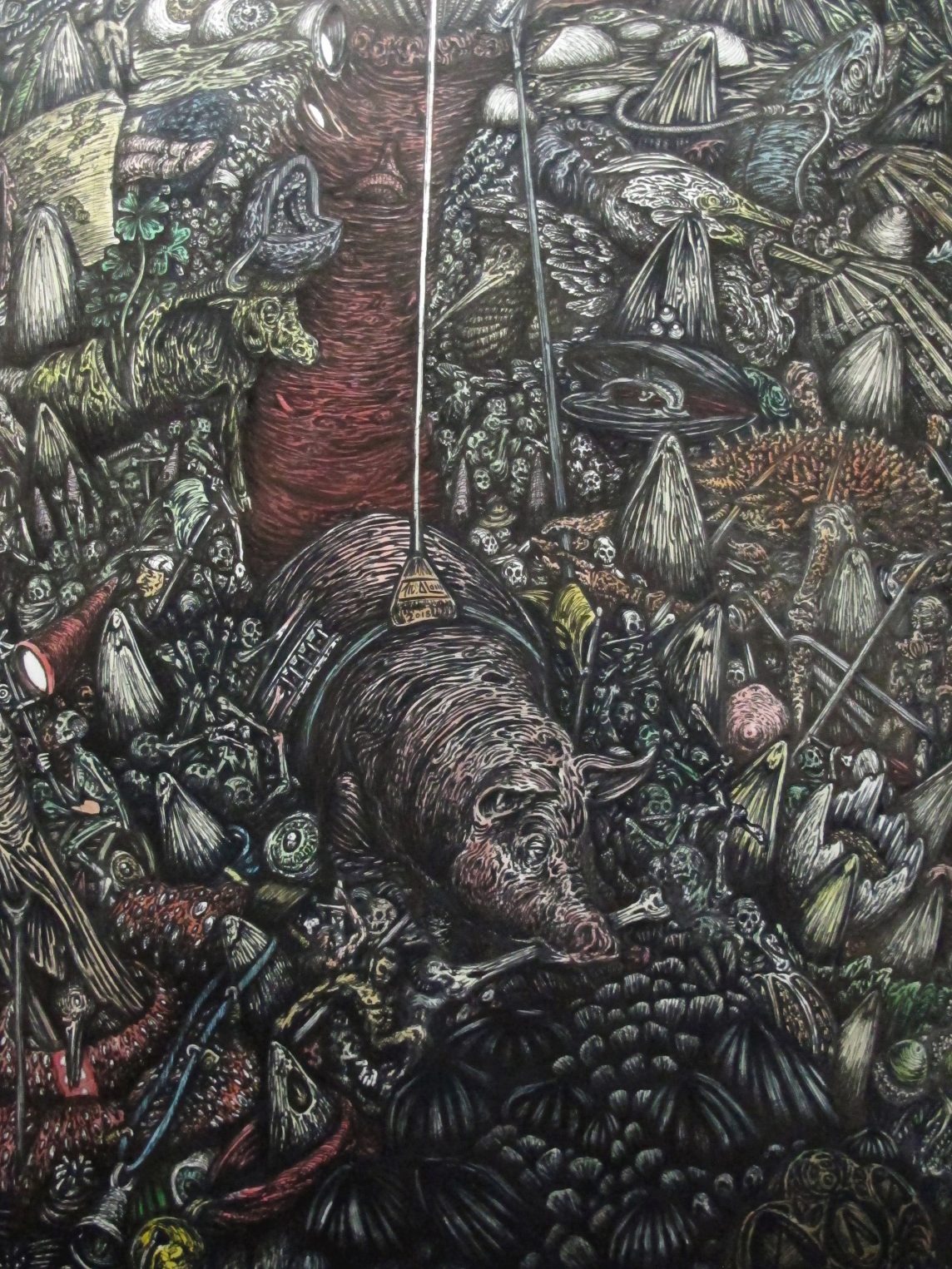 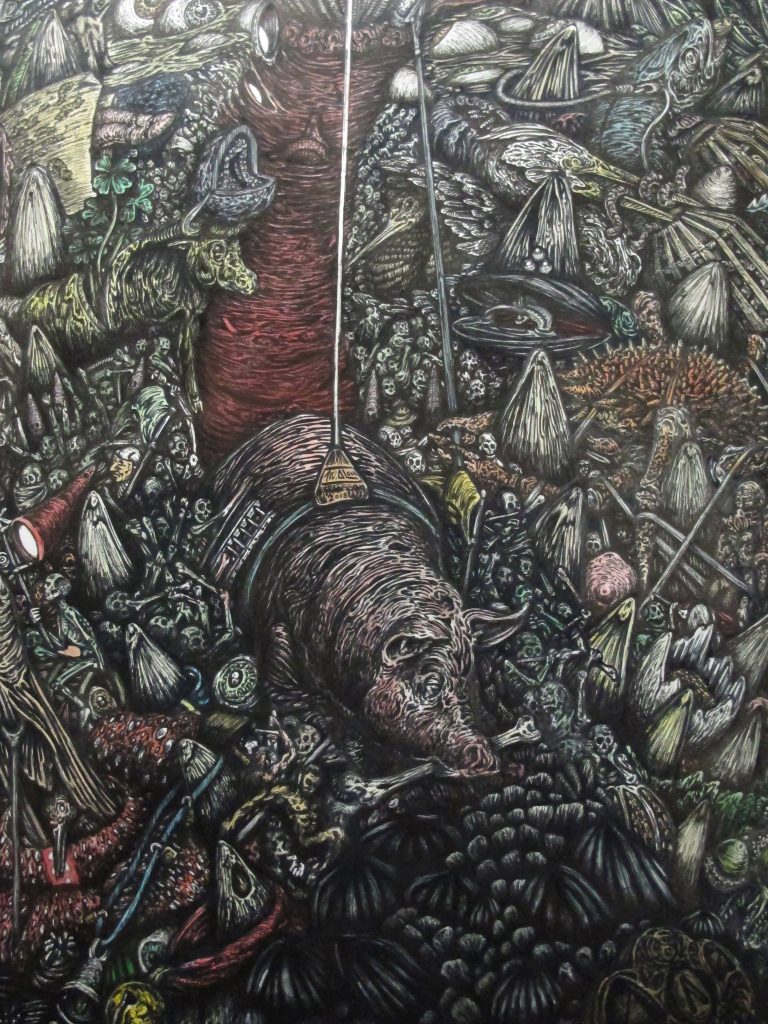 Born in Tenerife, he lives and works on the island of El Hierro. He graduated in Fine Arts from the Universidad de La Laguna in 2011. He has worked as an illustrator for publishing houses such as the German Konkurbusch, in projects like the one with the German artist Horst Hoheissel on Memoria Histórica (Tenerife, 2008) and Memorias de Contrabando (Tenerife and La Palma, 2014); El Viaje Ilustrado (2014) with the Danish illustrator Mads Berg which was exhibited in various European cities such as London, Dublin, Madrid or Milan, or Nueva Isla de Utopía (Tenerife, 2015).
His work revolves around his obsessions: the territory in which he lives, the History of Art, the power of the icon, anthropology, and finally understanding what it is what form us and what is what we call Culture.