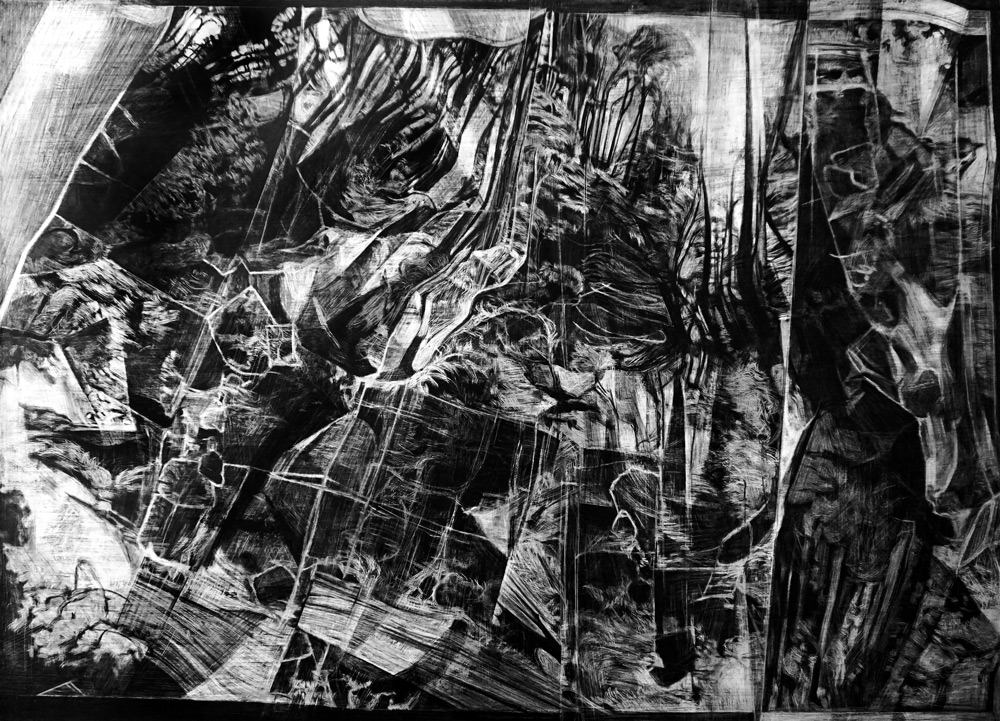 In his drawings the Argentine artist Matías Ercole explores the iconography of landscape in order to share his reflection on the deformation of what is natural and the very way in which an image is constructed and conceptualised according to his own definition. He generally draws with needles or blades on a layer of black Indian ink that in its turn covers a patina of wax previously spread on canvas-paper. The resultant monochromes are related to structures of iron and sheet metal that give each piece a scenographic component. Imagination with its romantic echoes ends up bordering on abstraction. He is a Visual Arts graduate from the Universidad Nacional de las Artes of Buenos Aires and his work has won important awards such as the Young Art Biennial Exhibition Prize of Buenos Aires and that of the UADE Painting Competition in 2013, the first prize of the Proyecto A Arte Contemporáneo in 2011, and that of the Faber Castell Competition in 2008.