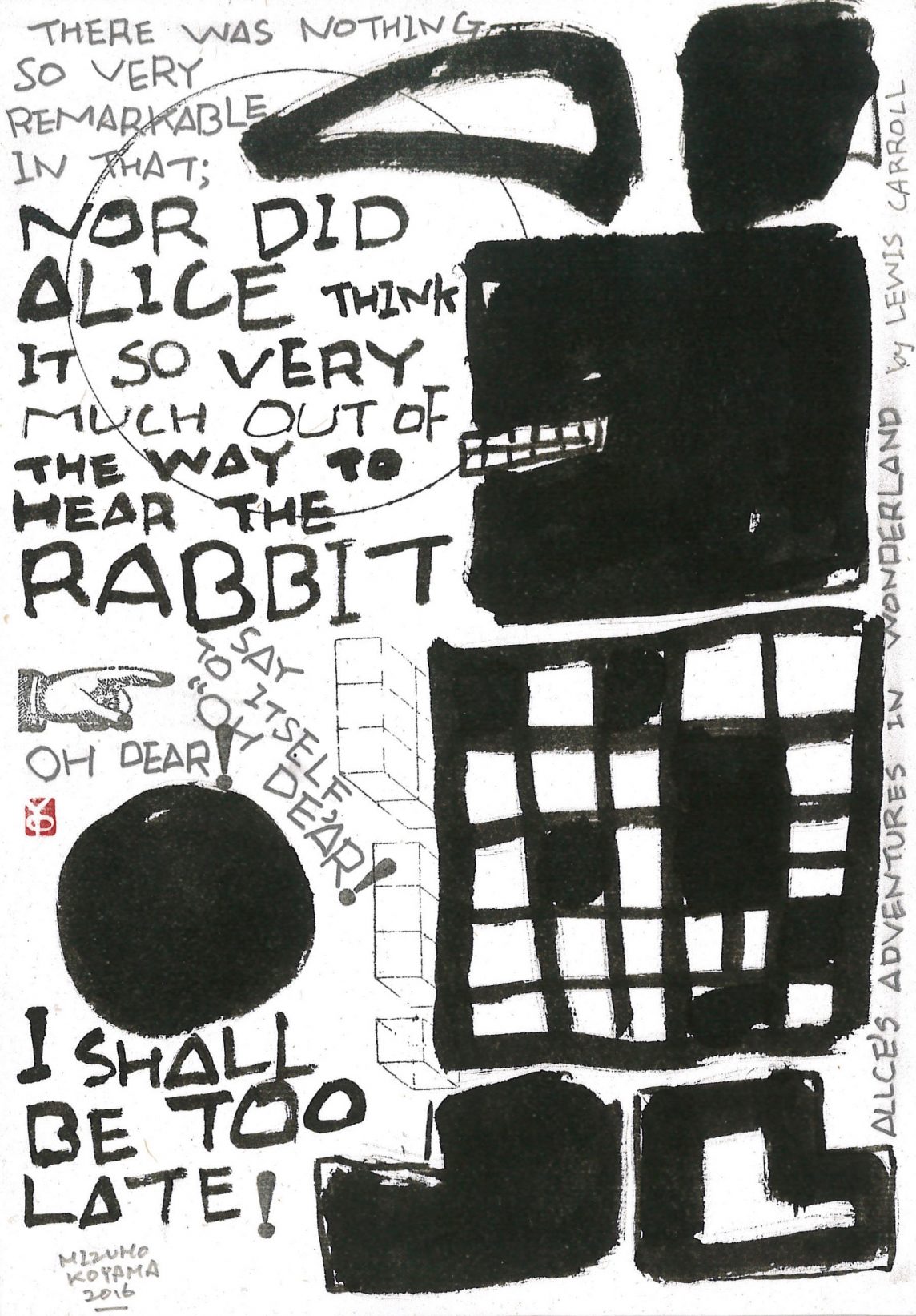 The history of sho (traditional Japanese calligraphy) has been transmitted steadily since ancient times in the Japanese artistic tradition. Mizuho Koyama becomes the new liberator of sho, creating an original world while employing an innovative style different from its predecessors.
Her first innovation has been to make use of poetry in English and other types of alphanumeric writing that people all over the world can read. Secondly, she has incorporated factors taken from the free graffiti which can be regarded as the extreme opposite from traditional sho with its rigid rules of character expression. Thirdly, she has ingeniously harmonized on paper the classics and techniques of sho to establish her original style of expression.
At the core of her work is her great wish to créate works that touch the conscience shared by people around the world beyond the borders of nationality, religion and the era—a wish that she expresses in simple black and white.