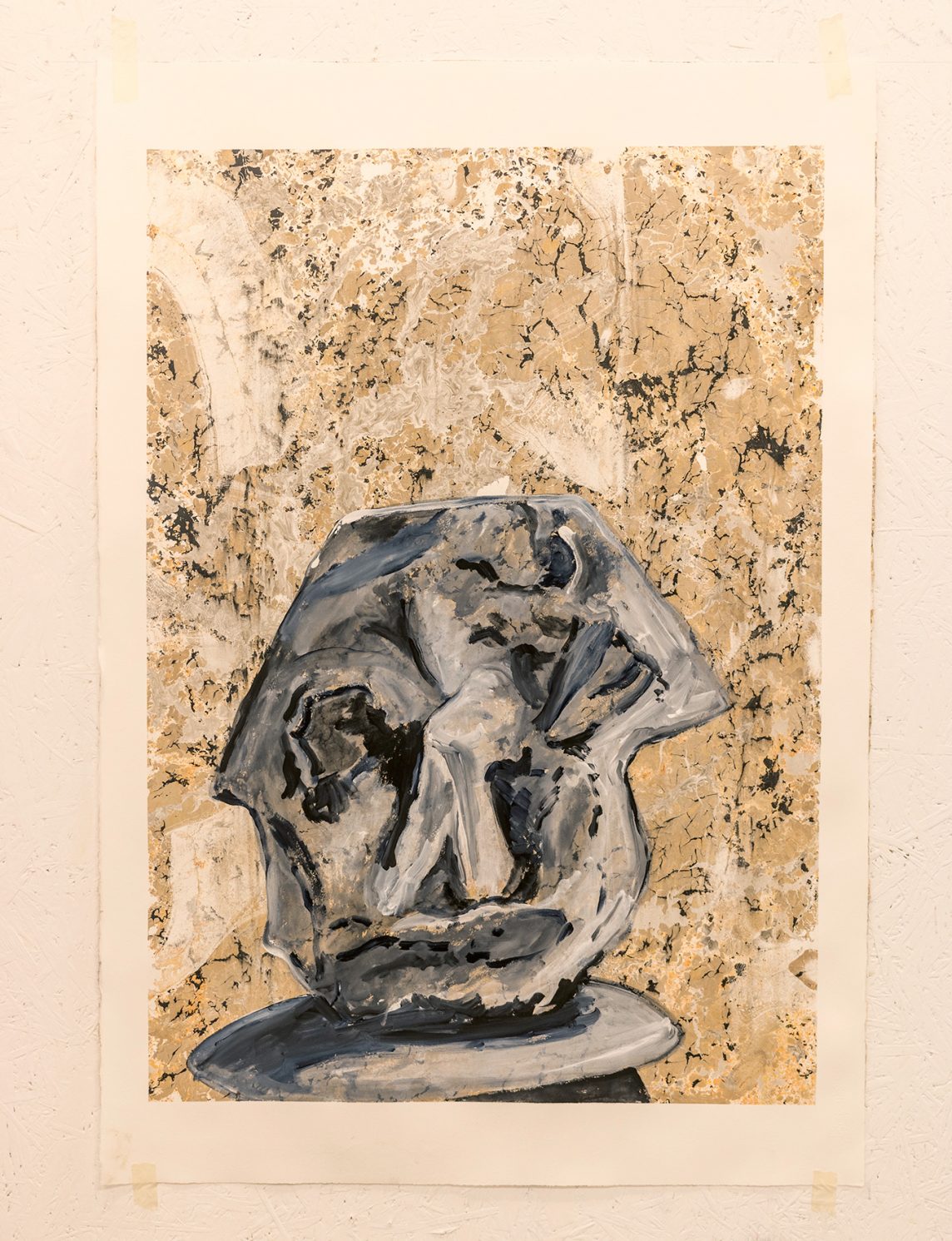 Pedro Calhau’s work is a systematic enterprise where knowledge is built and organised in the form of verifiable explanations about the universo. He tries to think about the universal nature of things and the intersections of their particularities. The results of this systematic task are expressed in a series of drawings that attempt to reflect all these problems.
In his series Our Founding Fathers, the artist deals with the concept of the “founding fathers”, taking into account two specific references. On the one hand, a series of photos of a collection of 8 plaster busts. On the other hand, the symbolic implications of the expression “our founding fathers” when it is taken from its place of origin and their natural interpretation and used in a much broader sense.