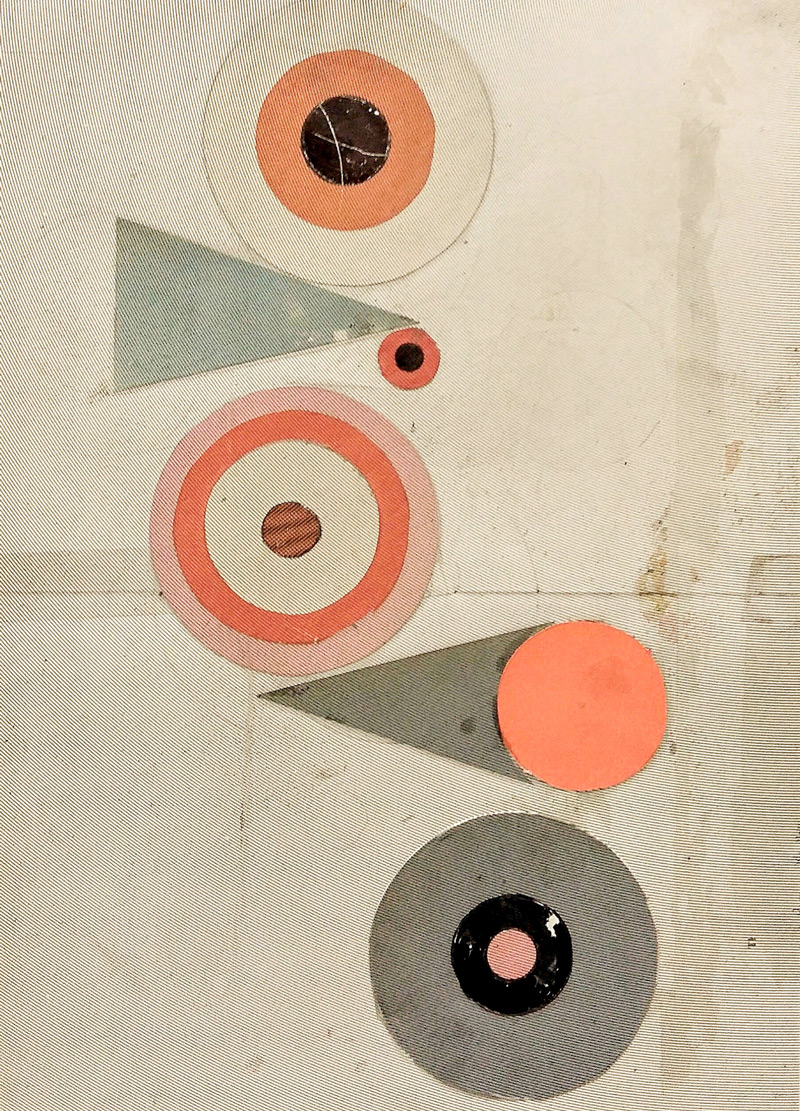 The painter and graphic artist Regina Giménez appropriates images which once they have been removed from their original context and deprived of references generate their own independence so that they can be subsequently rearranged, giving rise to a repertoire of new readings related to what is unknown and infinite. In the “Geometrías cósmicas” (Cosmic Geometries) project of 2016 the artist starts from a series of obsolete school books illustrated with astronomical representations. After a process of combination, repetitions, superposition, changes of colour and introduction, or the underlining of different textures and even of concealment and erasure, Regina Giménez offers a permanently unfinished universe that refers to the impossibility of representing a significant image but only of repairing a fragmented reality following the logic of the collage. The result takes the form of compositions charged with nostalgia that echo some movements of the geometric abstraction of the historical avant-garde or refer to the strange machinery of the Dadaist universe.