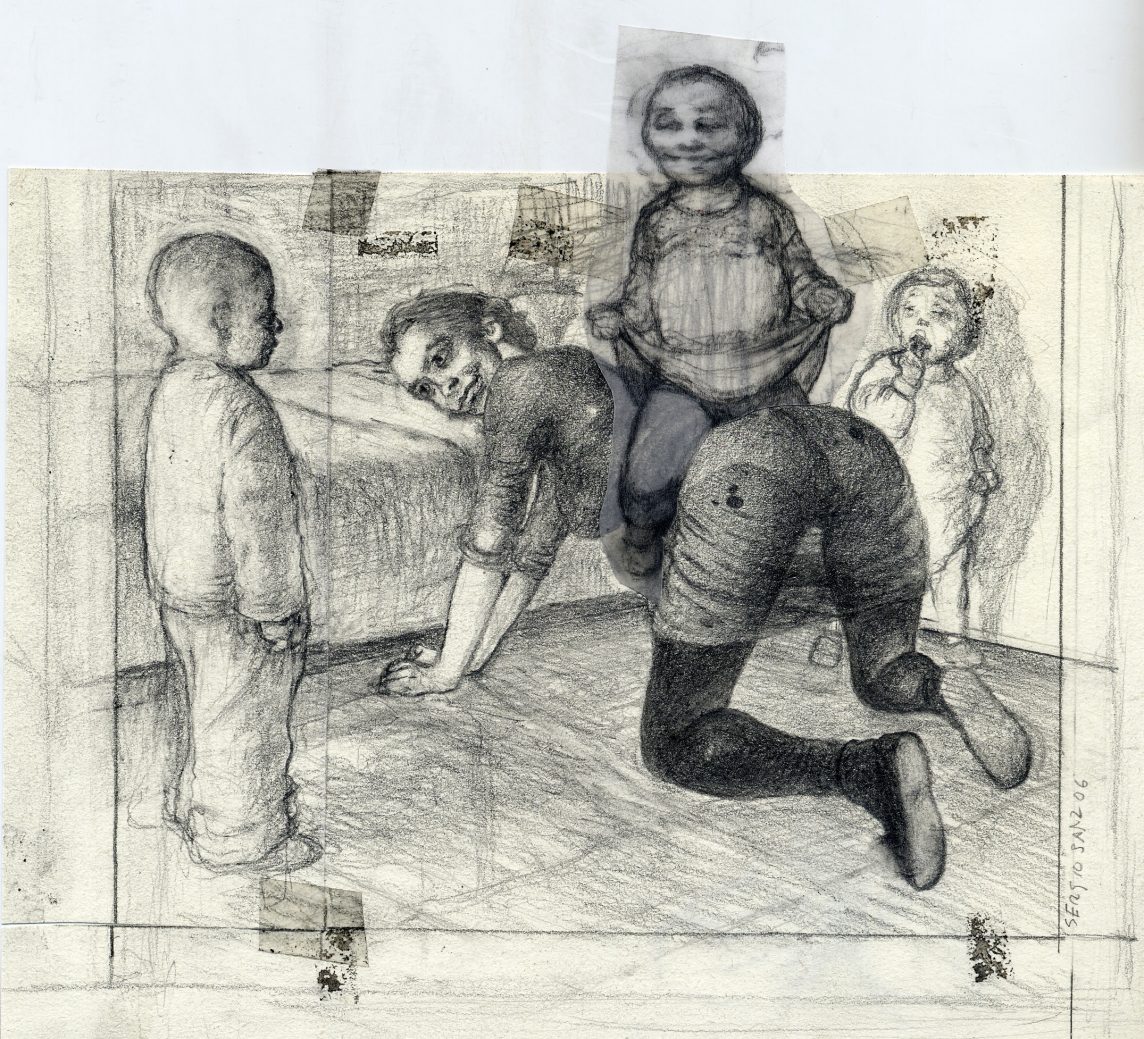 Sergio Sanz’s drawings, most of them sketches of his paintings, are of a rarity that stands out precisely for the discretion of his means. This rarity resides in the strange world that he constructs or reconstructs with it, because his figurative universe is filled with temporary shreds that are outside the historical trend of the moment.
There is a dominant theme in his work, that of the jazz bands of the golden age of the 1920s, but represented by Sergio Sanz under a sinister appearance. These compositions are reminiscent of those “conversation scenes”, whose characters has increasingly become an exhibition of monstrous beings. They are drawings with an spectral peculiarity that does not leave us indifferent. It cannot do so, because no one can resist the best kept secrets of oneself, especially when someone airs them with such insidious intention.