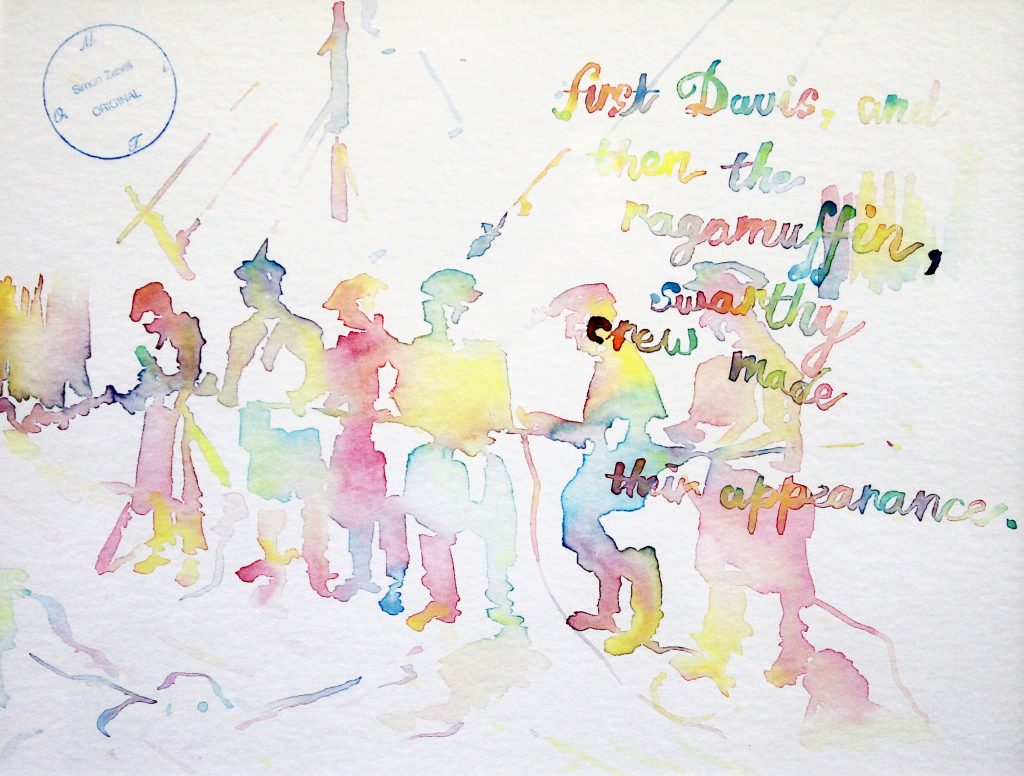 Simon Zabell’s ambitious project Our Men in Tahiti is based on the latest novel by Scottish writer Robert Louis Stevenson – ‘The Ebb Tide’, published in Spain under the title ‘Bajamar’.
Made up of a series of watercolours, the project also includes large-format paintings, sculptures and a short documentary film. Unlike other artworks, these small graphic pieces are very figurative and they represent the protagonists of the cutting narration at different moments of their development, using their body language to emphasise the personality of each of the four characters. These representations seek a reflection of the tone of Stevenson’s prose through the inactivity of the figures, always avoiding the illustration of the moments of action. Figures are ironically sweetened with the iridescent chromatic sensations of the watercolours, which increases the sinister nature of the characters.