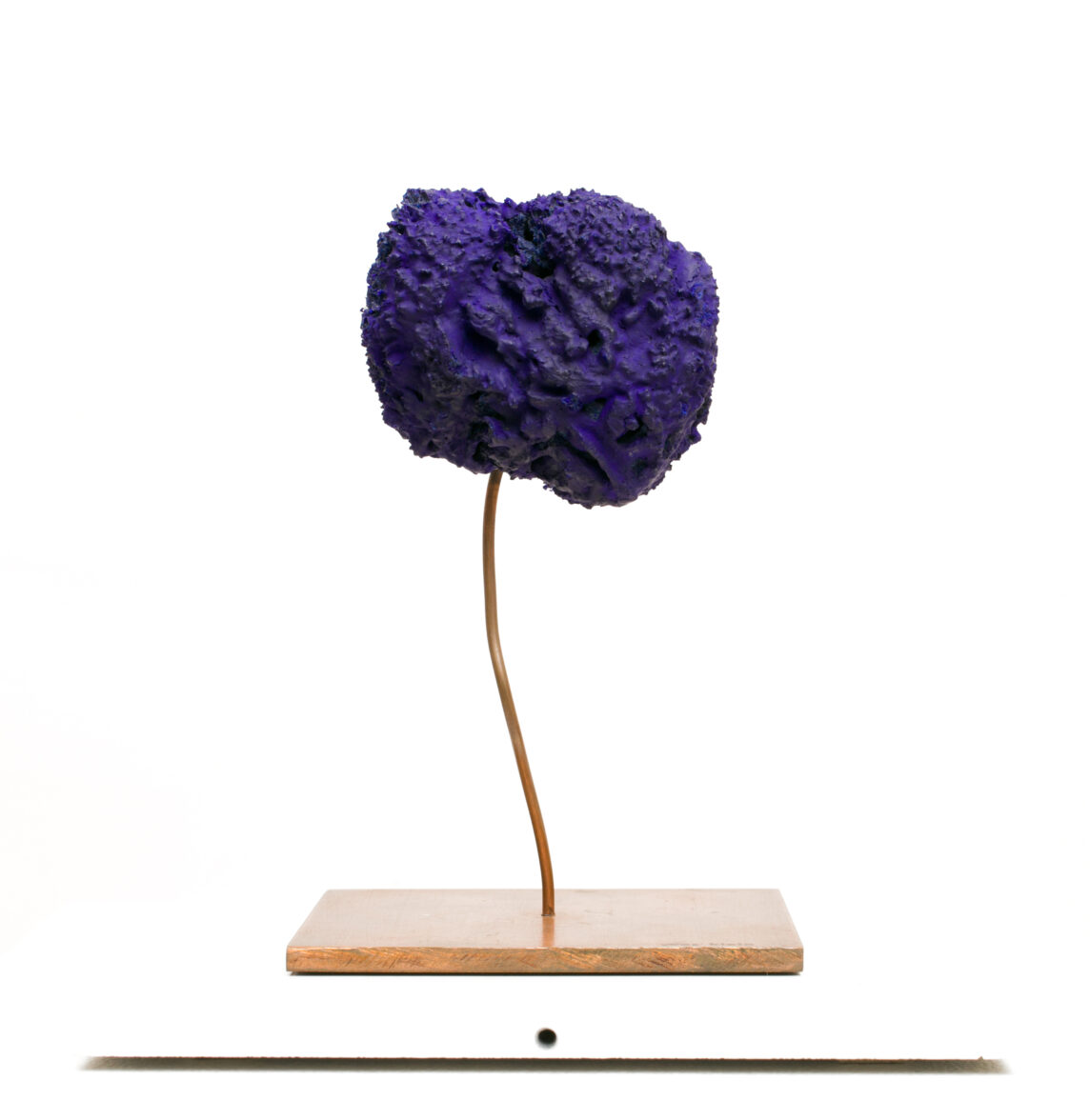 Yves Klein was a French artist who represented the Neo-Dadaist movement and one of the founders of New Realism. While the common denominator of his works was that they were monochromatic, the painter played much more with the application of colour. At first, he experimented with different rollers and sponges, although he often simply laid the paint down and let the paint lay itself down so that the blue could express itself and find its own form.
Yves Klein began to use natural sponges for his works as early as 1956, before he decided to apply paint by roller. In Klein’s reliefs, the organic bed is structured with numerous sponges in overlapping layers, reminiscent of the primitive sea bed or distant planetary landscapes.
With this original sculpture by Yves Klein, which the Cortina Gallery presents, two of his great characteristics, colour and material, sponge, can be appreciated. The famous intense blue colour, which he patented as the International Klein Blue, (IKB) or Klein Blue (now also called blue style by big fashion firms that have also decided to give it that nickname).